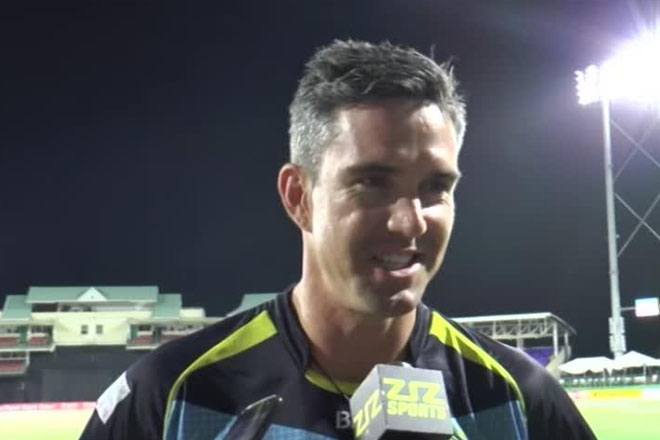 (ZIZ News) — The St. Kitts and Nevis Patriots recorded a 26-run victory over the St. Lucia Zouks in front of a sold out and vocal crowd at the Warner Park Cricket Stadium on Friday.

And this was done without the services of star bowlers Tabraiz Shamsi and Sheldon Cotterell.

The Patriots were sent in to bat first and posted a challenging target of 170 runs from their 20 overs. The team was sparked by wicketkeeper/batsman Shane Dowrich who scored 38 from 20 balls. Martin Guptill chipped in with a stroke-filled 35 runs.

Andre Fletcher was the lone St. Lucian batsman to pass the 20-run mark as he crushed 43 balls for his 59 runs.

In the end, Zouks Captain Kevin Pietersen said it all came down to his team not scoring enough runs on a familiar pitch but he remained confident in their ability to advance to the next round.

“We lost two then we won one the other day so you’re never out of this competition, and it’s all muddled up in the points tables at the moment so there are two teams we’re playing against us who’re below us so if we beat one of those guys we go to the playoffs, ” he said.

Captain of the St. Kitts and Nevis Patriots, Marlon Samuels was in high praise of his players for stepping up to the challenge.

He also commended the Patriots fans for their tremendous support at Warner Park.

“We set some total and basically lost some matches. Tonight was another big night for us to step up to the plate. We put a good total on the board we definitely come out and the fielding and everything was together. I still want more in the fielding department but nevertheless we have to give thanks for what we got,” he said.

“This win is very important and I hope this win can bring us back as an even stronger group and a stronger team but with the support of St. Kitts it’s been magnificent and with support like this you can only want to do well,” he added.

Samuels noted that he still believes the Patriots team has not played to its full potential as yet.

“We continue to grow as a team. It’s the first year and we continue to grow as a team. And it’s been working. It’s just for us to keep close to each other and help out each other and be stronger as a team, as a unit. Once you have a strong bench, it’s always good to bring in different players and players weren’t playing earlier in the tournament but they’ll continue to work hard. Tonight was the night to give them their opportunity and it pays off in the end,” he said.

The St. Kitts and Nevis Patriots now have six days off before playing the Trinidad and Tobago Red Steel again, this time at the Queen’s Park Oval in Trinidad on Saturday July 18th.