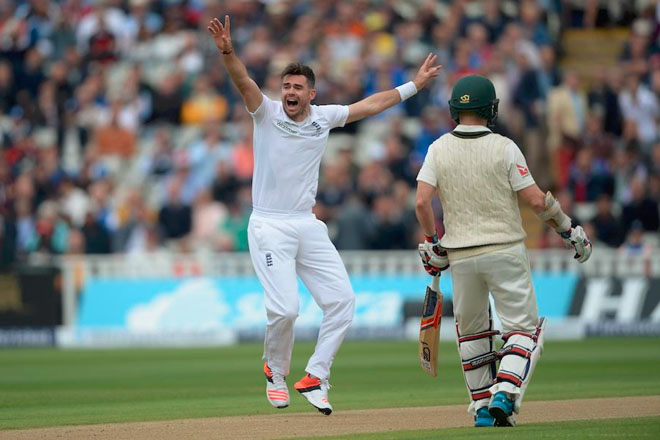 England in control after Anderson’s six

Sports Page — Hackneyed though the phrase is, this truly was a good toss to lose for Alastair Cook. There was grass on the pitch and cloud overhead when the coin was flipped, but neither captain was prepared to send the other in to bat. However, Michael Clarke’s desire to play from the front led to Australia being skittled for 136 on the first day at Edgbaston, where James Anderson led a magnificent display of swing and seam bowling.

Anderson claimed 6 for 47, the fourth-best figures of his Test career, as England ran through Australia using only three bowlers. In his first Test for more than two years, Steven Finn collected two important wickets in the opening session, and Stuart Broad chipped in with two later in the innings. By stumps on a rain-affected day, England were three runs from overhauling Australia’s total.