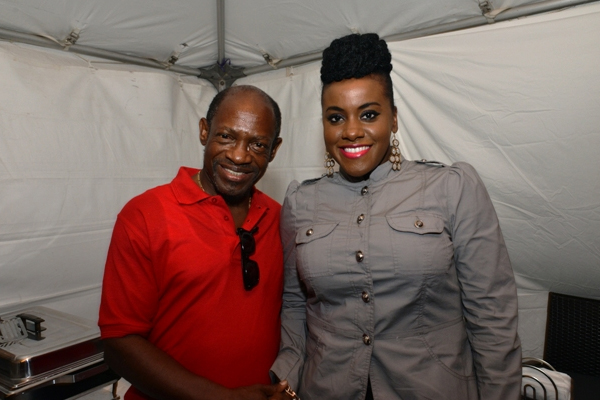 Born Shauna McKenzie, the only girl in a family of boys, Etana grew up in the eastern Saint Andrew community of August Town. Her vocal talent was discovered when she was eight years old and was overheard singing along to a 1991 hit by the group Air Supply.

Etana migrated to the United States in 1992. She went on to attend Broward Community College with the intention of becoming a registered nurse.

Beginnings (2000-2005)[edit]Following her decision to prematurely exit college in 2000, Etana joined a female vocal group named Gift. At the time Universal Records was interested in their music so Etana reluctantly agreed to wear the skimpy outfits dictated by the music industry’s pervasive stereotyping of female artists; then one day, she could no longer conform.

Etana returned to her Kingston birthplace and focused on making music that reflected her embracement of Rastafarian principles, which include a royal representation of women, adhering to a natural lifestyle, and an acknowledgment of the teachings of Marcus Garvey and Emperor Haile Selassie I.

That opportunity arrived in 2005 when a friend brought her to Kingston’s Fifth Element Records, who were then enjoying success with Richie Spice’s single “Earth A Run Red” and his album Spice In Your Life. Etana successfully auditioned to become one of Spice’s vocalists on his tour of Europe and North America.

The Strong One (2007-2009) – While in the studio with the guitarist and percussionist from Spice’s band, Etana put together the song “Wrong Address”. Fusing acoustic folk with roots reggae rhythms and strains of neo-soul influences “Wrong Address” was based on the experience of Etana’s aunt being told to lie about where she lived in order to gain employment. The single received heavy radio rotation, reaching the number one position on several Jamaican charts.

Etana’s second major hit “Roots” was inspired by her travels to Africa (her very first solo performance was in the West African nation of Ghana where she was showered with overwhelming adulation).

The remainder of the songs on her debut album The Strong One presents an eclectic mix of Etana’s ideas and influences, which include Air Supply, Dolly Parton, Bob Marley and Sizzla.

Etana was nominated for the 2008 MOBO Awards in the ‘Best Reggae’ category.

Her third album, the Shane Brown-produced Better Tomorrow was recorded mainly at Tuff Gong studios in 2012 and was released in February 2013. It was preceded by a US tour.

In 2013, she recorded the duet “If Tomorrow Never Comes” with New Zealand singer Swiss for his album, and it was also released as a single which hit the New Zealand top 50.

Now resident in Florida, she has two children.