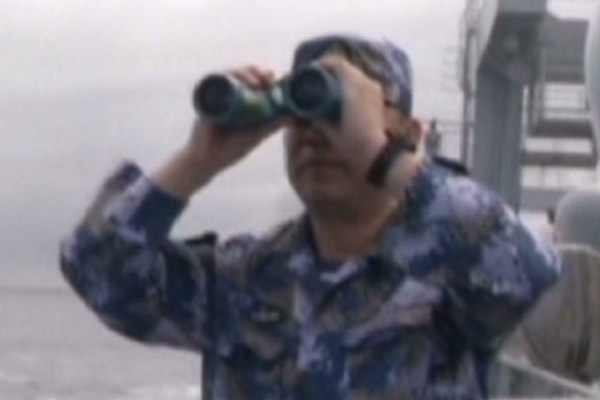 ‘Every little thing’ under scrutiny in Malaysia Airlines probe

Kuala Lumpur, Malaysia (CNN) — With no obvious explanation for what may have happened to Malaysia Airlines Flight 370, the inspector general of Malaysian police said Wednesday that authorities were redoubling their efforts, but pleaded for patience.

“We have to clear every little thing,” Khalid Abu Bakar told reporters after a speech at a police academy here. “You cannot hurry us in whatever we are doing.”

Among the things included in “every little thing” is an investigation into the people who prepared the food for the flight, he said. “That also we’ll have to look into,” he said.

Progress, of a sort, has been made, in that investigators have cleared all 227 passengers of any role in hijacking or sabotage and of having personal or psychological issues that might have played a role in the plane’s disappearance, he said.

And a senior Malaysian government official told CNN last week that authorities have found nothing about either of the pilots to suggest a possible motive.

No such comments have been made about the rest of the crew of 12.

The investigation into what may have caused the plane to appear to vanish on March 8 on a flight from Kuala Lumpur to Beijing has been a criminal one since March 16, the inspector general said.

That corroborates a report from a Malaysian government source who told CNN on Monday that the airliner’s turn off course — either by one of the pilots or by someone else — was considered a “criminal act.”

Meanwhile, the exhaustive search for clues continued. Malaysian police said earlier Wednesday they had interviewed about 170 people and were planning to continue questioning relatives of the 239 people who were aboard the Boeing 777-200ER, as well as others who may have had access to the plane.

Mechanical failure has not been ruled out either.

“These changes are positive in nature and directly relate to the MH370 incident,” one of the sources told CNN.

“What they put in place is pretty common sense,” said Mary Schiavo, a CNN aviation analyst and former inspector general for the U.S. Department of Transportation. “That’s been the rule in the United States for at least a decade.”

An investigation into a flight simulator found in the pilot’s house is inconclusive, police said Wednesday. Authorities were awaiting an expert’s report.

“It’s one of the great mysteries of our time,” Australian Prime Minister Tony Abbott said in a radio interview from Perth, Australia, where he was to host his Malaysian counterpart Najib Razak later Wednesday.

“We owe it to the world; we owe it to those families, to do whatever we reasonably can do get to the bottom of this.”