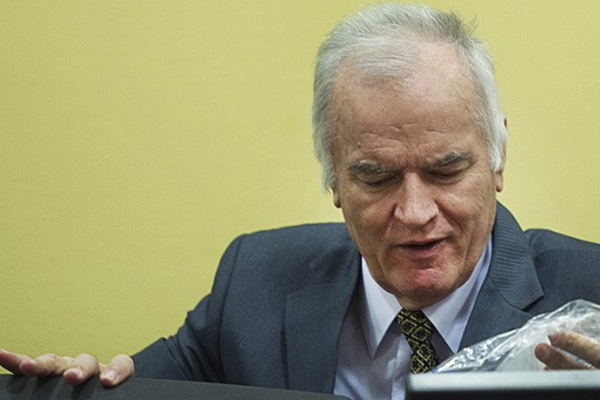 But Mladic said he does not recognize the court in The Hague and rejects it as satanic. “It is not a court of justice, and it is trying us because we are Serbs and are trying to protect our people from you,” he said.

The former army chief, who was arrested in May 2011 after a decade on the run, is being tried separately from his former ally, Karadzic, but was called Tuesday as a defense witness in latter’s trial.

Mladic refused to answer questions, arguing that his testimony could harm his own case, and the court proceedings are now in recess, the ICTY said.

Both Mladic and Karadzic are accused of genocide, crimes against humanity and war crimes.

The court is still prosecuting cases of alleged war crimes committed during the conflicts in the Balkans in the 1990s.

The tribunal says “the most significant number” of its cases have dealt with alleged crimes by Serbians or Bosnian Serbs.

But there have been convictions for crimes against Serbs by others, including Croats, Bosnian Muslims and Kosovo Albanians.