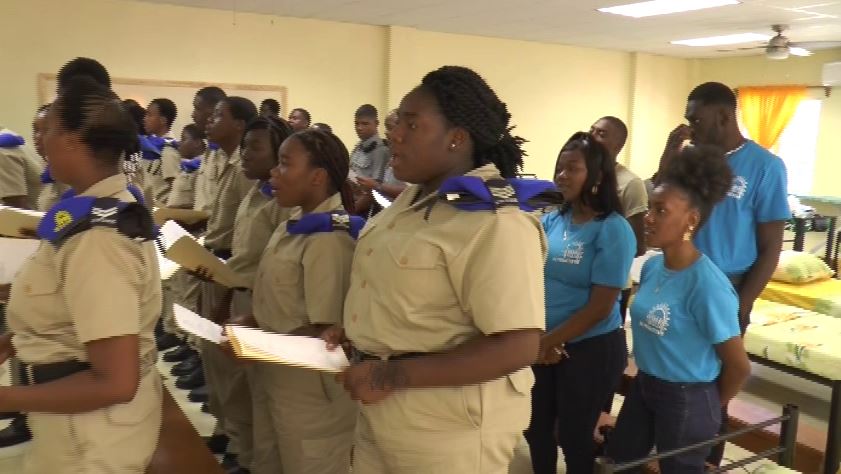 Basseterre, St. Kitts, April 2nd,  2021 (ZIZ News) Members of the Mol-Phil Explorers Youth Club, over the Easter break, will be engaged in activities to build physical endurance and develop their skillsets.

On Thursday, an Easter camp was launched with an opening ceremony which included commendations, speeches, and songs.

Prime Minister Dr. Hon. Timothy Harris commended Permanent Secretary Osmond Petty and Inspector Rosemary Isles-Joseph for the work that they have done with the Explorers.

The explorers contributed to the ceremony – reciting their pledge, motto and by singing.

During the ceremony, the cadet arm of the explorers club was also launched.

Over the 11-day period, from April 1st to April 11th, the camp will include kite-making sessions and competition; mentorship and drills displays; clean-ups; sessions on hygiene; sewing/carpentry; and a walk-a-thon.

The campers will also tour the Scenic Railway; and visit the Prison, Defence Force, and Fire Department.