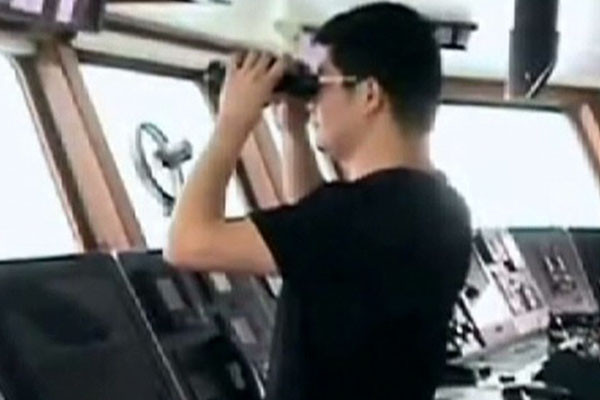 Families’ next step: Demanding answers from Boeing on MH370

(CNN) — Families of Flight 370 passengers are taking a new step in their desperate search for information on what happened to their loved ones: turning to a U.S. company.

“There is a subset of those questions, including some new ones, that are much more technical that we will be bringing directly to Boeing. Boeing has a shareholders meeting next week. And if we’re not getting information directly from Malaysia Airlines and from the Malaysian government, we might as well try to go directly to the source.

“Boeing is a publicly traded company in the United States and that puts them in a position of a little bit more fiduciary responsibility,” she said on “New Day.”

The missing flight was a Boeing 777. The company had no immediate comment when contacted early Thursday by CNN.

In a statement earlier this month, Boeing said, “Our thoughts and deepest sympathies continue to be with the families and loved ones of those aboard Malaysia Airlines Flight 370. Under the international protocols established for aviation accident investigations, Boeing continues to serve as a technical adviser to the U.S. National Transportation Safety Board, in support of the Malaysian authorities.”

Bajc’s announcement came after the Malaysian government did not release its preliminary report on the flight’s disappearance. The report was sent to the International Civil Aviation Organization (ICAO), the U.N. body for global aviation, but not made available to the public.

“They seem to be choosing to treat us as if we are the enemy as opposed to an interested party in helping to solve this mystery,” said Bajc.

“We need a fresh start here,” she added. “We’ve been sitting on opposite sides of the table. They have a briefing, they tell us what they know and we ask them questions. That’s just kind of broken. I think we need to start from scratch and sit down and have a positive dialogue.”

Certain families who are acting as leaders within the group would be willing to sign confidentiality agreements to see the report, she said.

Families don’t “necessarily believe” that the Malaysian authorities are “withholding any new information other than the facts that we’ve already asked for,” she added.

A committee representing some of the Chinese families have posted 26 questions on the Chinese social media site Weibo.

“In most cases, the report is published because it’s not a controversial document,” he said. “It’s a statement of facts — what happened. And if there are any controversial or difficult facts, they can be redacted.”

Malaysia has insisted it has nothing to hide and is working to find answers. Government officials said they have not yet decided whether they will make the report public.

The ICAO told CNN about a safety recommendation in the report: Malaysia said the aviation world needs to look at real-time tracking of commercial aircraft.

It’s the same recommendation that was made after the Air France Flight 447 disaster in 2009. But “nothing seems to have happened,” Quest said. “To suggest in the future that all planes worldwide are tracked in real time, one might suggest, is a pretty noncontroversial suggestion.”

As an underwater drone keeps going up and back down, so do hopes that evidence of the plane may be found.

A metal object that washed ashore in western Australia and sparked the curiosity of investigators Wednesday turned out to be unrelated.

And while the Bluefin-21 plunged into the Indian Ocean for its 12th mission Thursday, no one was certain the drone would find anything new.

“I think the chances are one out of 10,” said Jules Jaffe, research oceanographer for the Marine Physical Laboratory.

The underwater probe has already scanned 90% of the designated search area, with no significant results.

Thursday marks day 48 of the search for the plane, which disappeared March 8 on a flight from Kuala Lumpur, Malaysia, to Beijing with 239 people on board.

Malaysian and Australian authorities are mapping out a long-term strategy for the search, which could go on for months or years.

An expanded search area might include the last 370 miles of the plane’s flight path, ocean search specialist Rob McCallum said.

“If the idea is to go more strategic and investigate the entire aircraft flight path, maybe 15 miles or so either side, then you need a more strategic tool, and something like a deep-towed sonar that can provide a very large range indeed — at the expense of resolution.”

The use of a deep-towed submersible device called the Orion is overdue, said Geoffrey Thomas, managing director of AirlineRatings.com.

“That should be brought in as quickly as possible, again, from the United State

He said it may be time to go back and revisit the calculations of where the plane may be — although officials have already been doing that.

“This is not an exact science,” Thomas said. “We have to understand that.”

Malaysia has not been known as a model of transparency. The same political party has ruled the country for past 50 years, and the media is not completely free.

For its part, the Malaysian Cabinet has agreed to have an international team investigate the disappearance of Flight 370, the country’s acting transportation minister said.

Hishammuddin Hussein said the names of the members will be announced next week. He also said the team will not be looking into the criminal aspects of the investigation, which remain under the Royal Malaysian Police.

“The main purpose is to evaluate and determine the cause of the accident,” Hishammuddin said.