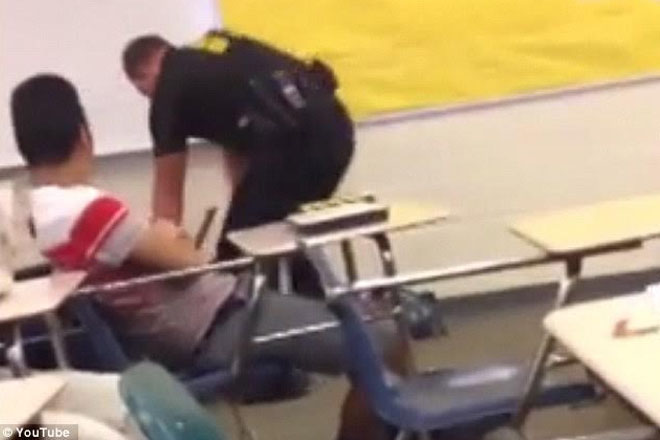 The US Justice Department and the FBI are investigating the case of a female student in South Carolina being tossed and dragged by an officer.

The incident occurred after the officer was called into a classroom when the student refused to leave.

Video footage shows the officer and her exchanging words before he knocks her down and drags her across the floor.

The officer has been placed on leave and there has been outcry from various civil rights and parents’ groups.

Richland County Sheriff Leon Lott, who asked the FBI to investigate, said he wanted to avoid a “conflict of interest”.

In a video obtained by South Carolina’s WIS network, the officer, Ben Fields, is seen confronting the pupil, who is sitting at her desk. They then exchange words.

Mr Fields had been assigned to the school and was meant to protect students and faculty and promote anti-crime and anti-drug initiatives.

The officer is white and the female student, who was unharmed, is black, the sheriff’s office said.

The incident comes at a time of increased scrutiny of police and their use of force against African Americans.