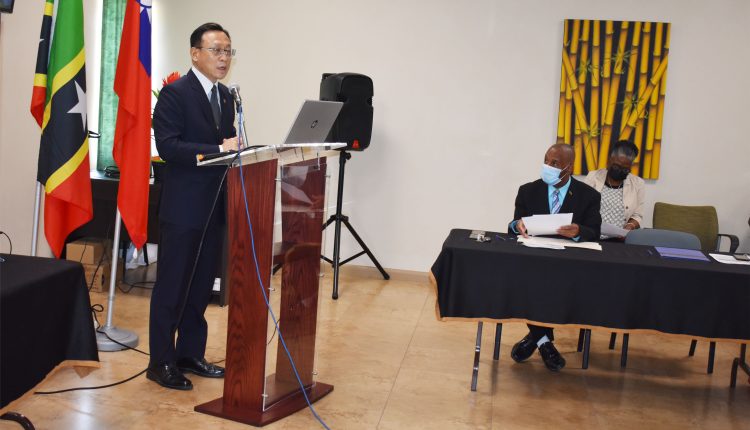 Basseterre, St. Kitts, March 10, 2022 (MMS-SKN) — The Federation of St. Kitts and Nevis’ production of waste is higher than the global average for the Latin America and the Caribbean region.

“This project was conceptualised in line with the international community’s rising awareness of the importance of solid waste management, as well as the UN Sustainable Development Goal 12 – ‘Ensure sustainable consumption and production patterns,” said Resident Ambassador of the Republic of China (Taiwan), His Excellency Michael Chau-Horng Lin.

Ambassador Lin made the remarks on Friday, March 4 at a ceremony held at the Solid Waste Management Conference Room in Taylor’s Range in Basseterre to officially launch the three-year US$1m St. Kitts and Nevis Solid Waste Management and Recycling Project. Also present, and giving feature remarks, was the Federal Minister of Environment and Cooperatives, the Hon Eric Evelyn.

“The governments of St. Kitts and Nevis, and Taiwan will work hand in hand in the project which aims at reducing waste generation, raising the reusing rate of resources, and promoting the concept of circular economy in St. Kitts and Nevis,” said Ambassador Lin, who was supported at the ceremony by Second Secretary at the Embassy, Mr Jack Li.

His Excellency Lin added: “I would like to take this opportunity to extend my sincere gratitude to the Ministry of Environment and Cooperatives, the Project Steering Committee, and by extension the Government of St. Kitts and Nevis, for the strongest support in this project as we work together in building a better future for the next generations.”

Project Coordinator Ms Joyce Chang, in giving details of the Project, noted that St. Kitts and Nevis produces 32,363 metric tons of waste per year (1.67 kg/person/day), which is much higher than the global average of 0.99kg in Latin America and the Caribbean, adding that it causes the landfill to be overloaded.

She advised that the three-year (July 29, 2021, to July 28, 2024) US$1 million Solid Waste Management and Recycling Project will be executed jointly by the Federal Ministry of Environment and Cooperatives and the Taiwan Technical Mission in St. Kitts and Nevis. Its scope and goals is to establish recycling models and mechanisms, while at the same time increasing the efficiency of garbage sorting and recycling.

The official launch of the Project was chaired by the Director of Environment, Ms June Hughes, and in attendance were members of the Project Steering Committee.

The Project Steering Committee, which is expected to lend support to the successful implementation of the project, is composed of persons from St. Kitts and Nevis drawn from the Department of Environment, International Trade et al Small Business Development Centre, and Solid Waste Management (both St. Kitts and Nevis).

The Committee’s role, observed Ms Chang, is defined to confirm among others the key direction of the project, recycling facilities selection, recycling points’ location, recycling models and mechanisms, support the project’s reach into the communities, adding: “The Project will regularly update stakeholders and seek alignment for the Project’s implementation.”

Expected results, Ms Chang advised, will be to improve and implement a clear policy for solid waste disposal to increase the efficiency of garbage sorting and recycling while at the same time undertaking Target 12.5 which is to substantially reduce waste generation through prevention, reduction, recycling and reuse of the UN Sustainable Development Goals (SDGs) ‘Responsible Consumption and Production.’

During the execution of the project, Taiwan will be obligated to supervise its progress and budget. This will include advising and providing guidelines on recycling implementation policies, cooperating with St. Kitts and Nevis to set up recycling points and public educational and promotional activities. Taiwan will provide waste recycling equipment and related education and training.

On its part, St. Kitts and Nevis will be expected to create policies and regulations, and also to negotiate with local stakeholders among them landowners and entities in the related areas of recycling, and decide on the recycling facility.

Further, St. Kitts and Nevis will sell the project to reach into the communities by making use of community centres and social media among others, and support the project with the scouting of human resources and aligning on a framework within which the Taiwan International Cooperation and Development Fund (ICDF) can operate efficiently.

While the Project’s official launch was on Friday, March 4, the Project Coordinator, Ms Joyce Chang confirmed that in 2021 data on recycling points had been collected as it relates to the current generation of recyclable waste, designed the recycling bin types, surveyed the potential public recycling points’ locations, and purchased tools and equipment for future recyclable collection.

Also held were five recycling promotional activities, and three seminars, while they also provided a proposal for guidelines and criteria on the selection of recycling facilities that are responsible for sorting, compressing and turning waste into bales, before shipping to the treatment factory. 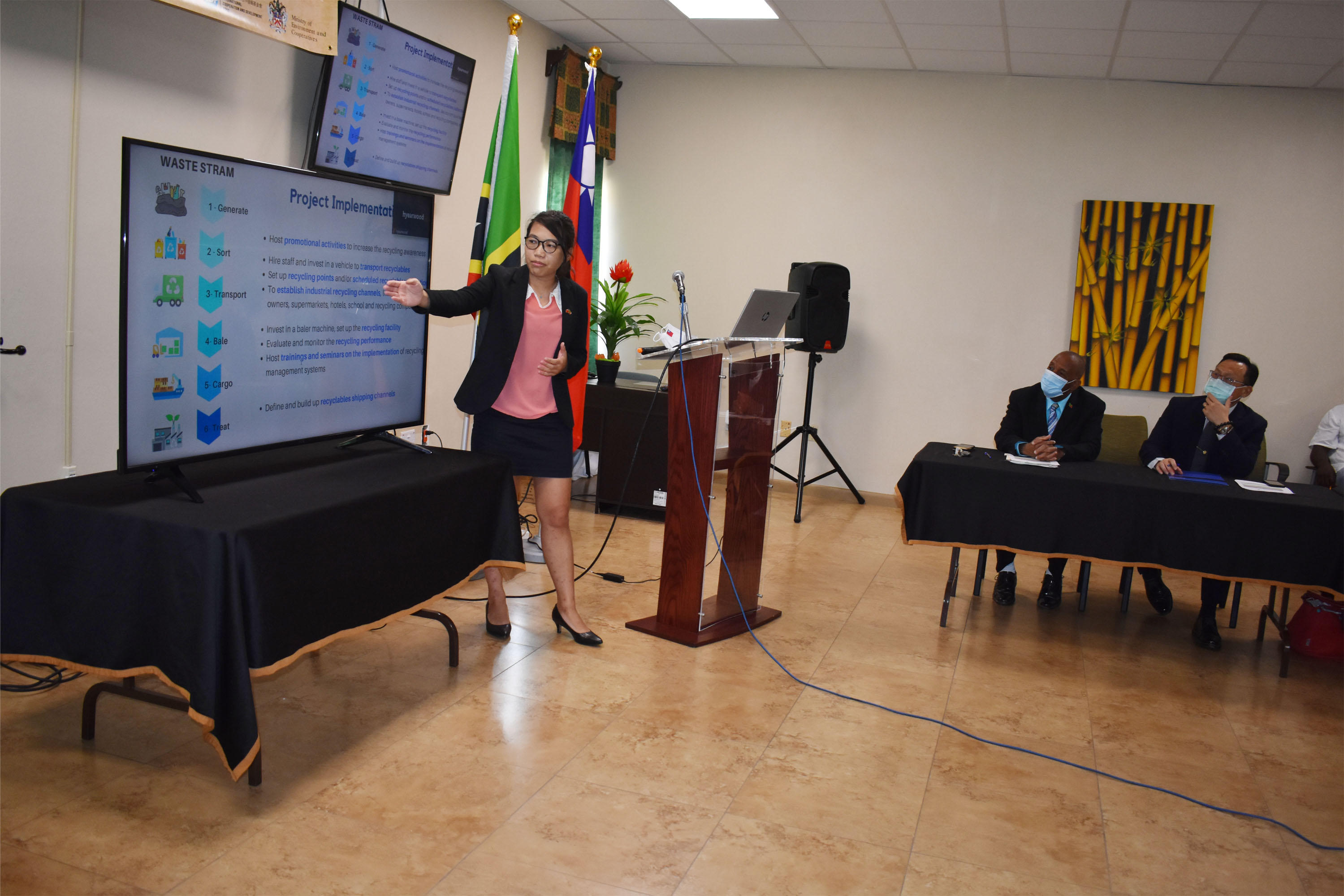