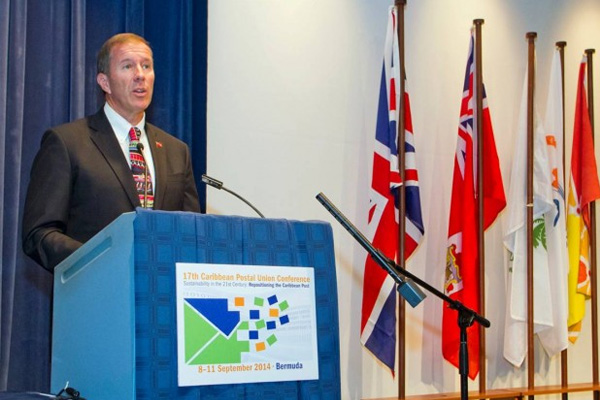 It was the first time that Bermuda hosted a Caribbean Postal Union Conference.

The theme of the conference was “Sustainability in the 21st Century” and the sub theme, “Repositioning the Caribbean Post.”

The theme for this year’s conference and its location has attracted not only interest from postal administrations in the Caribbean; it has also generated interest in the postal sector in the U.S., the European Community and the Universal Postal Union.”

Approximately 50 persons including representatives from Caribbean Postal Union, CARICOM, the Caribbean Customs and Law Enforcement Council, the Postal Union for the Americas, Spain and Portugal. The Director General of the Universal Postal Union, Mr. Bishar Abdirahman Hussein was in attendance.”