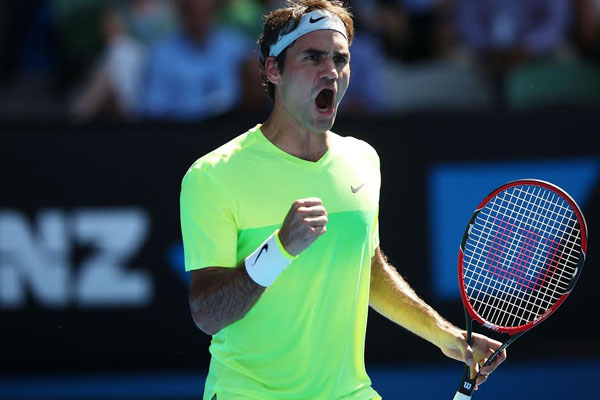 Sports Page — Somewhere in Melbourne, a bee is in big trouble.

With all due respect to Simone Bolelli and his curious camouflage clothes, Roger Federer was not meant to struggle against a player ranked 46 places beneath him, one who had never beaten him.

Instead, the world No.2 found himself losing a set for the first time against the Italian in their second-round match, before summoning the trainer, a scene that all Fedophiles dread, given his age and stage in the game.

In what was a sort of hoodoo of the No.2 seeds on Rod Laver Arena, Bolelli was playing beautifully in the early afternoon heat, almost as if he had been buoyed by the performance of Alexandra Panova against Maria Sharapova, Federer’s fellow second seed, in the match before.

As it turned out, Federer thought he had been stung by a bee.

“I don’t know what that thing is. It’s the weirdest thing. I don’t know. I feel it on the tip of my finger. Just felt really odd starting after the break, and for three, four games, it was the funniest feeling I have. I feel like it’s numb and swollen,” he explained.

“I knew we couldn’t tape it up because then it would be even bigger and more weird. I just said, I hope it doesn’t get worse or stay like this.

Thankfully for the Fedophiles, it went away. As did Bolelli, whom, insect stings aside, had put Federer in a tight spot.

Breaking again early to start the third, gifted an errant forehand this time, Federer began to fly, scorching through the rest of the match for the loss of just four more games, winning 3-6 6-3 6-2 6-2 in just over two hours