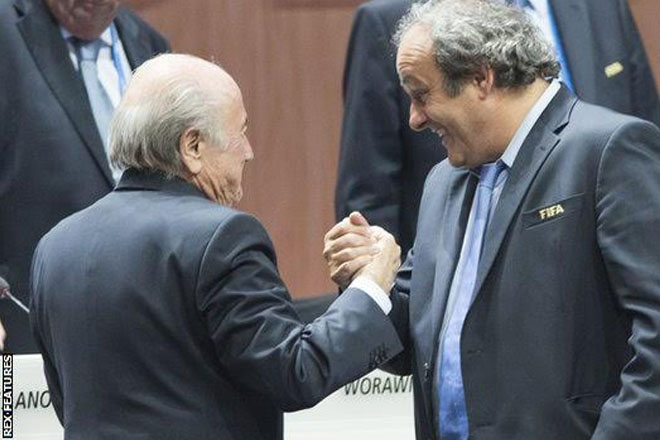 Swiss Blatter, 79, and Frenchman Platini, 60, are both suspended while FIFA studies reports that a £1.35m payment was made in 2011 for work Platini did as Blatter’s adviser.

Both men deny any wrongdoing.

Scala told the Financial Times that the payment was not recorded in the accounts in 2002 and called that a “serious omission”.

Blatter is stepping down as president after 17 years, with Fifa confirming on Tuesday that it would elect his successor on 26 February next year.

Fifa vice-president Platini maintains he still wants to stand for the next presidency, but Fifa says it cannot recognize his candidacy while his ban is in place and he cannot campaign.

Scala added: “Both parties were members of Fifa’s executive committee and knowingly approved each year financial statements which were incorrect by 2m Swiss francs (£1.35m).

“That could be seen as falsification of the accounts.”