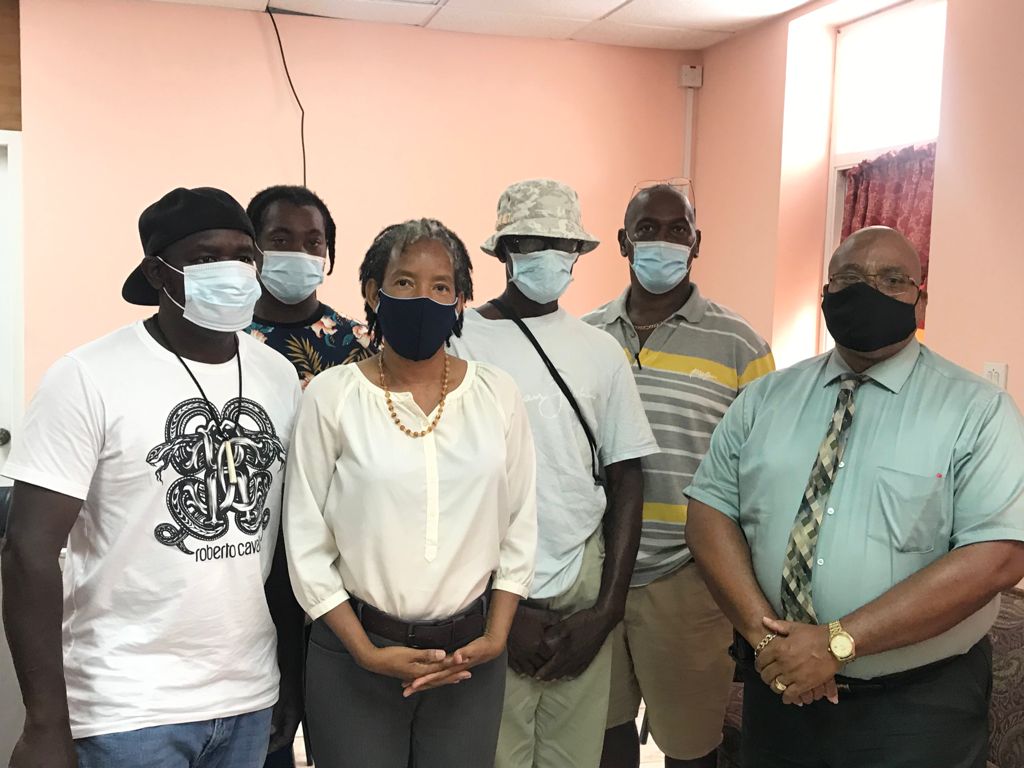 Outstanding payments were made to the final batch of farmers in St. Kitts who suffered loss of livestock due to dermatophilosis, a skin disease caused by a parasite commonly known as the  tropical bont tick.

Acting Director at the Department of Agriculture, Dr. Tracey Challenger, and Chief Veterinarian,  Dr. Lesroy Henry presented the cheques to the farmers following in-depth discussions with  Permanent Secretary in the Ministry of Agriculture, Ron Dublin-Collins.

Livestock farmer, Keith Williams received his cheque at the end of the ceremony.

Overall, nearly EC$500,000.00 has been paid out by the government to assist livestock farmers and protect livestock production since the tick infestation impacted the agricultural sector in  2019. In addition, four million dollars worth of Bayticol, the pesticide that kills ticks on infected animals, has since been distributed to the farmers free of cost since September 2018.

The compensation allowed farmers to rebuild their livestock numbers as they continue to repurchase animals and has also helped to support the purchase of agricultural products.