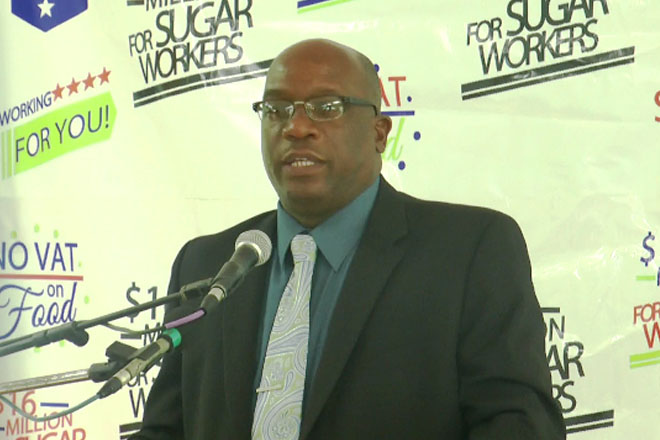 (ZIZ News) — The liveable wage promised by Team Unity during the election campaign will ensure that persons are able to provide for their families over the long term.

The country’s Finance Minister, Hon. Dr. Timothy Harris gave an update on the liveable wage, outlining that his government is taking a holistic approach to its roll out.

He said, “We’re not going to say you’re going to achieve that necessarily through legislating what wages should be. We’re saying that you need sustained growth in the economy and as there is growth, there is demand for certain services and as we read through our policies for example as we do more for agriculture and the farmers, more food is available for healthier living, more supply mean lower price and people can live better and manage and cope. When we for example take 17 percent off VAT on food that is also achieving, helping people to have a liveable wage because as you break the back of the cost of living people can do more on what they have.”

Dr. Harris stressed that people should be able to live from their honest labour. This, he said, means that his government has to put policies in place to ensure that there is a reduction in the cost of living.

“It is something that says that this government will always be a caring government. We will always look out for the poor people in particular to ensure that what they are earning, they are able to, as it were, to live from it because if that is not happening, the burden then will fall on us to do everything for people. People must be able to pay their lights and pay for their food, and take their child out on the birthday if they want to do that. People must be able to do some of these things, not in excessive ways, and that is the notion of a liveable wage that we are talking about,” the Prime Minister noted.

Dr. Harris reminded the Nation that this week’s removal of Value Added Tax from food, medicine, educational supplies and funeral expenses is one way of getting residents closer to attaining a liveable wage.