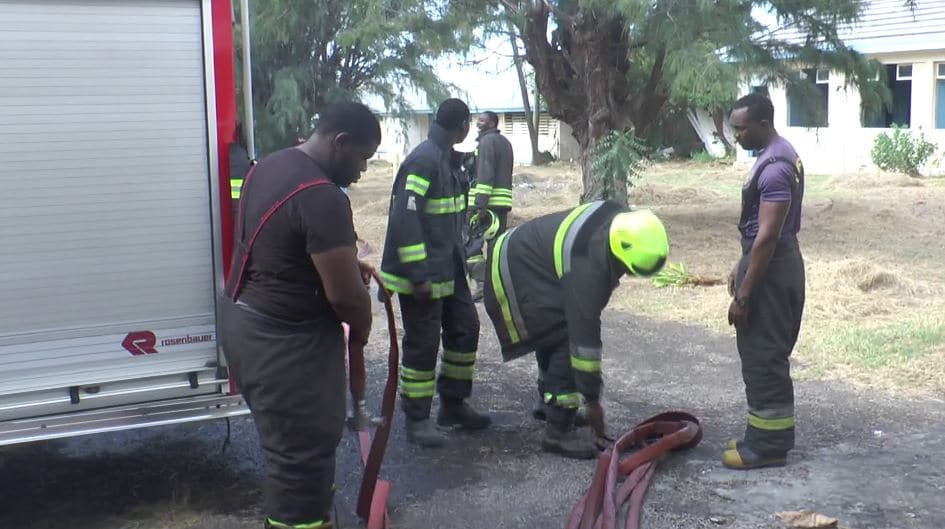 According to Acting Fire Chief Garfield Hodge, upon arrival the unit met an area of grass on fire adjacent to the office on the west wing of the former school premises.

“The unit would have extinguished the fire in quick time. Investigations would have revealed that the Park and Beaches team working in that area would have been responsible for lighting the fire. Our unit gave them some guidance as to the protocols involved in the lighting of these fires going forward.”

The Fire official said it important for persons wishing to light fires to take precautions especially at this time which he refers to the brink of the peak of the wild fire season.

“Persons are to consult the Fire Department. What we basically do is come to where they would want to light the fire, conduct an assessment on whether or not it is advisable to light the fire. If it is in fact advisable to light the fire, we’ll provide some guidelines as to the quantity of fuel that they can burn at that point in time. We will also guide them as to what time. We grant permission during office hours weekly so nothing on the weekend we would grant permission; beyond that or before that, no. I must let you know that during this time we are very selective. If we deem that it is not necessary to light that fire then we would ask you to find some alternative means of disposing or getting rid of your waste.”

He said shortly the Fire and Rescue Services preparing to roll out a plan of mitigation for wild fires.