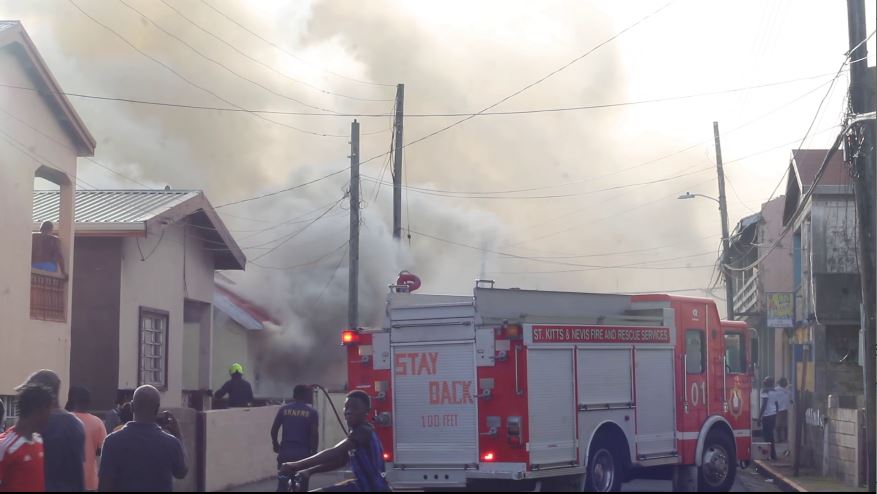 According to Acting Fire Chief Garfield Hodge, the Fire Department received a report of a fire in St. Johnson’s Village on the main road around 4:30 pm. Fire officers were quickly on the scene where they met a four bedroom house with a basement completely engulfed in flames.

The officers got the fire under control in about 30 minutes. ZIZ understands that one person was in the house at the time of the fire but there were no injuries reported.

According to Mr Hodge the upper portion of the house received fire and heat damage while the lower portion received water damage from the extinguishing.

Mr Hodge said cause of the fire is unknown and investigations are ongoing, however it appears that arson may have been involved.

He also noted that due to the quick actions of the fire officers the blaze was limited to the one house.