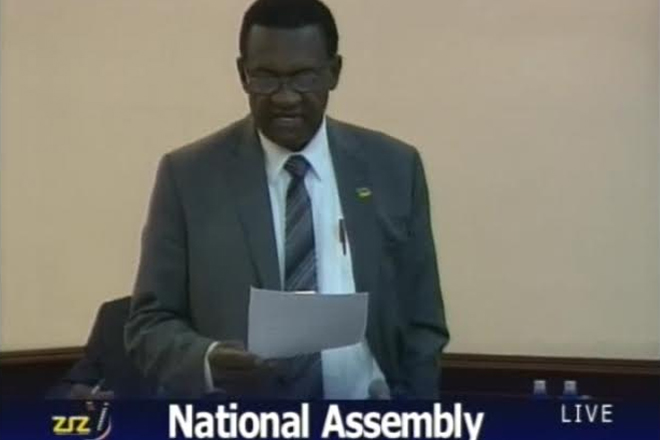 (ZIZ News) – The government is taking additional steps to safeguard fishing practices in St. Kitts and Nevis through the passage of the Fisheries, Aquaculture and Marine Resources Bill in the Federal Parliament on Tuesday.

Minister of Agriculture, the Hon. Eugene Hamilton said this piece of legislation deals with administration, conservation and illegal activities, as they relate to fishing.

“The functions, Mr. Speaker, and powers and duties of the minister within the act, states where an entity is authorized by the government of St. Christopher and Nevis to register fishing vessels, they are entitled to fly St. Kitts and Nevis’ flag and use or intended to be used for fishing or related activities in areas beyond national jurisdiction, liaise and as appropriate, give direction to such entity in relation to matters falling within the scope of the act, as well as bilateral, regional and international cooperation and all matters falling within the scope of the implementation of international standards for flags state performance,” he said.

The minister added that the legislation is important, taking into account the declining fish stocks being reported worldwide.

He continued, “Under conservation, we have the authority under the act to determine a Fisheries Management Act Plan. Mr. Speaker of course the act addresses prohibited activities and it is important for me to mention that there is a prohibition for the tampering with or the destruction of property in our waters or where ever our ships are plying their trade.”

In expressing his office’s support, Attorney General the Hon. Vincent Byron described the bill as “ambitious”, stating “we would anticipate that for the most part, the ministry’s policies have been reflected in the proposed bill. However, Mr. Speaker, the Attorney General’s Chambers will continue to work together with the ministry responsible for marine resources as we go through the process of bolstering the legal framework in relation to fisheries.”

Minister Hamilton explained that a Licensing Committee is encouraged and is part of the Act.