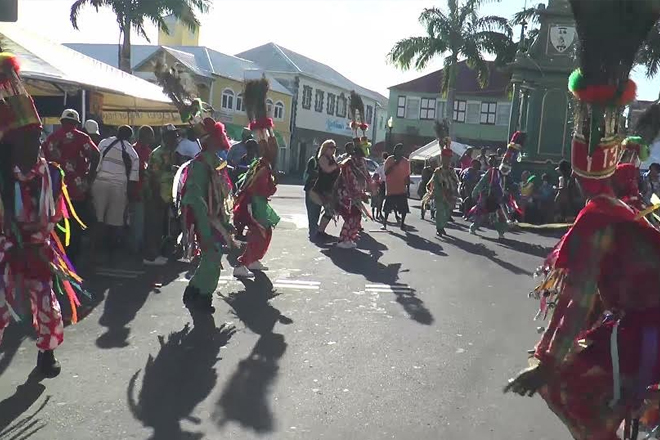 (ZIZ News) — On Wednesday afternoon, Bank Street came alive with the sights and sounds of traditional folklore as the Department of Culture teamed up with the National Carnival Committee to host “Folklore Avenue”.

Traditional groups, such as masquerades and string bands, entertained passers-by, filling the air with nostalgic sounds of carnivals of the past.

Music Specialist in the Department of Culture, Nigel Williams said the activity helps to keep our traditions alive.

“What we’re trying to do is inspire people and get them in the mood for Carnival because the folklore still plays, to me, the most important part of Carnival. So we are getting them in the mood as we normally did over 100 years, and I think we’re doing a good job,” he said.

Williams said it also gave the performers a chance to demonstrate our folklore to the tourists who arrive during the holiday season.

He noted that earlier the day, tourists learned the dances and participated with the masquerade dancers.

“We had big drum music, clown music, and the string band music. So we couldn’t ask for anything else. They really enjoyed themselves. What a wonderful time we had,” he said.