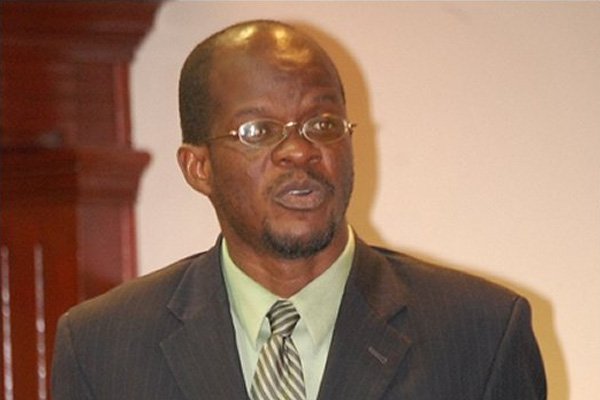 (ZIZ News) — Minister of Foreign Affairs, Hon. Patrice Nisbett says there is no need for alarm over the new requirement for St. Kitts and Nevis passport holders to acquire a Canadian visa.

The comment was made in an address he made to the nation on Monday. Nisbett said it was important to put the new visa requirement into context as recent developments in North America have caused a tightening of immigration requirements in to not only Canada but the United States as well.

“On October 31, 2014 a soldier guarding a war memorial in Canada’s capitol was shot dead. Seconds later, gun shots erupted in the halls of that country’s parliament. On November 3, 2014, Alicia A. Caldwell of the Associated Press reported that the U.S. Homeland Security Department had announced that it was imposing additional screening requirements for Europeans and travelers from other countries who usually do not require visas to travel to the United States. For the first time, therefore, persons born in England, France, Germany and other key U.S. allies were going to have to “provide more passport data, more contact information, and information on any aliases before being able to travel to the United States,” the Minister explained.

He noted that globally, governments review and change their immigration policies as necessary to ensure their countries remain safe.

Mr. Nisbett added that the government of St. Kitts and Nevis takes the safety and security of its citizens and residents seriously. He also noted that he was visited last Friday by Canadian officials who personally advised him of the new visa requirement.

“Countries review and change their policies routinely in order to protect their interests and their people. And so do we. Our country is a stable parliamentary democracy, led by duly elected representatives, and we take our responsibility to protect and advance the interests of this nation and its people very seriously.

On Friday last, a Government of Canada diplomat was good enough to travel to Basseterre to meet with me, as a matter of courtesy, to share with the Government the fact that in pursuit of Canada’s security interests, Kittitians and Nevisians, like the citizens of the vast majority of Caribbean countries, and like the citizens of 147 countries around the world, would now travel to Canada on a visa.”

Meanwhile, the Minister of Foreign Affairs says that the new Canadian visa requirement in no way affects the friendly diplomatic relations between the federation and Canada.