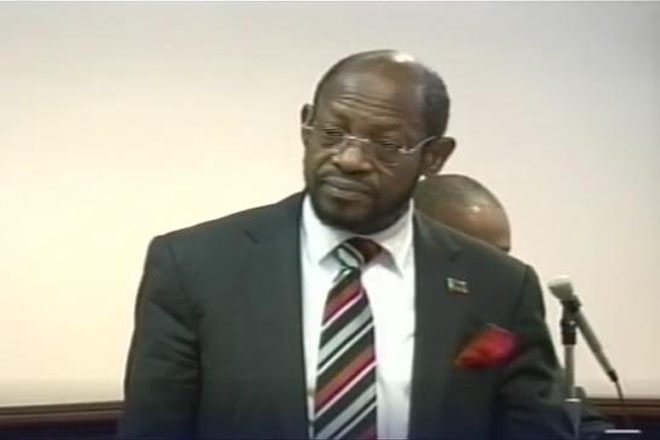 (ZIZ News) – Former Prime Minister, now Opposition Leader Hon. Dr. Denzil Douglas has publicly called on the government to ensure that an office is set up for the person who serves as Leader of the Opposition.

Dr. Douglas, speaking during the most recent sitting of the National Assembly, suggested that his request was being ignored.

He said, “To date, after identifying, as I was advised to do, the building and also after identifying possible members of the public sector to be staff, there has not been any movement on this at all.”

The Opposition Leader alleged that there may be a deliberate attempt to “stifle the opportunity for the Opposition to function properly.”

His allegations were however shattered when Attorney General, Hon. Vincent Byron delivered his response, noting that it had been “less than six weeks since the Clerk” wrote to him on the issue.

“I should point out to this Honourable House that the Member for Number Six well knows that the allocation for this…the same member for Number Six, last year while Minister of Finance, made an allocation to this Honourable House of $45 thousand for the setting up of a Leader of the Opposition’s office,” the Attorney General disclosed, noting that “with his letter to the clerk, he brings to this Minister a request to have a rental in excess of $100 thousand.”

Byron claimed that in addition to the payment of a prepaid rental amount of $100 thousand, Dr. Douglas has requested the services of a personal assistant, communications officer, secretary and messenger to work within his office.

“This administration, as I have explained to him, has absolutely no objection to an office of Leader of the Opposition being set up and it will not be for the poultry sum of $45 thousand that he allocated. It will be significantly more.”