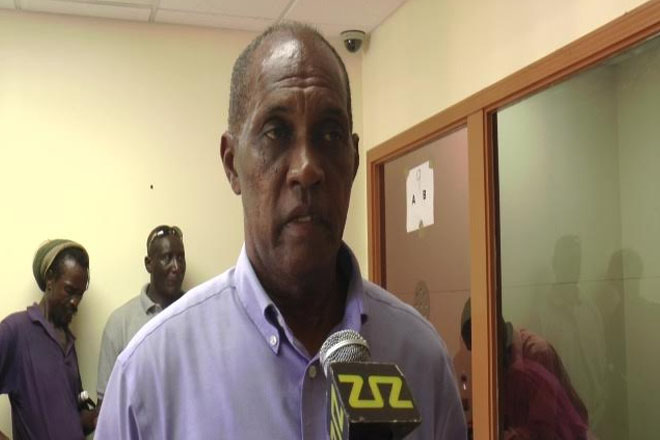 (ZIZ News) – Three days after a ceremony that marked the start of the cheque distribution process for former employees of the St. Kitts Sugar Manufacturing Corporation [SSMC], persons are still receiving their cut of the EC$16 million.

It was about midday on Monday when ZIZ News visited the capital city and observed the many nationals, some onlookers, waiting outside the Sugar Workers’ Restoration Fund Secretariat.

Some complained about waiting for hours but others did not mind the wait as they were just eager to receive their cheques.

While there, we spoke with Head of the Sugar Workers’ Restoration Fund Office, Reginald George who explained the process so far. He said there is no set date for when the cheque distribution would end.

“I’m supervising the delivery of the cheques to persons who are qualified to have these cheques. It’s been going really rough. A number of persons, we have worked from Friday, the early part of Saturday and we’re here again today [Monday 21st]. Basically what we want to do is to issue cheques to those persons who qualify but we’re sort of issuing them, the ones which are qualified today and then we move on to the other section, persons who are claiming for deceased persons that would be further in the week or even into next week so as it is now, we’re just issuing to those who are qualified for today,” George explained.

Having heard of former employees whose applications were not approved, we asked George about the eligibility requirements. He said among the contributing factors are a person’s wage at the time of employment and the duration of that employment.

“Basically, when you register, you would have registered the number of years in which you worked and the wages for which you worked. Those are two of the basics that we used,” he stated.

George said although most persons were calm, there were some who he described as “rowdy”. He stressed, however, that his team’s priority was to assist the elderly.

While there, we also spoke with some of the beneficiaries who had words of gratitude for the country’s Prime Minister and his team.

Not everyone was happy with the process though as one man said more agents should have been available to assist the former employees.