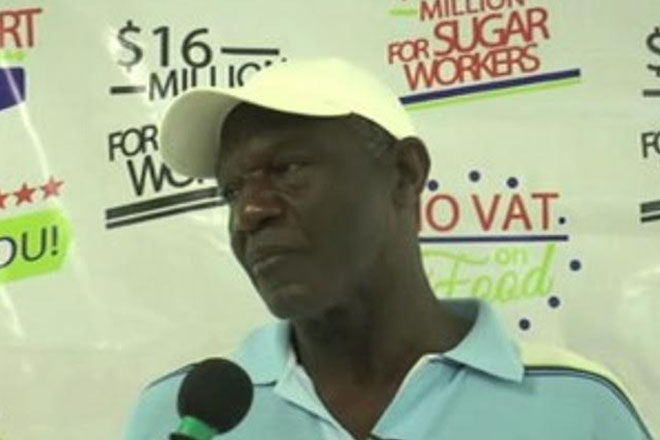 One after the other, the recipients accepted their gratuitous payments and rendered thanks.

Edmund Freeman, better known as John Paul, said he worked hard. He referenced an encounter with the country’s former Prime Minister and said he is grateful to finally be receiving what is rightfully his.

He said, “When he done sell all them equipment, he plan to sell me next. Some people say the money wasn’t to pay again because no more money was there but thanks to Mr. Harris and (Team) Unity why the cheque is here.”

The eldest person to receive payment on that day was 93-year-old Mary Jeffers.