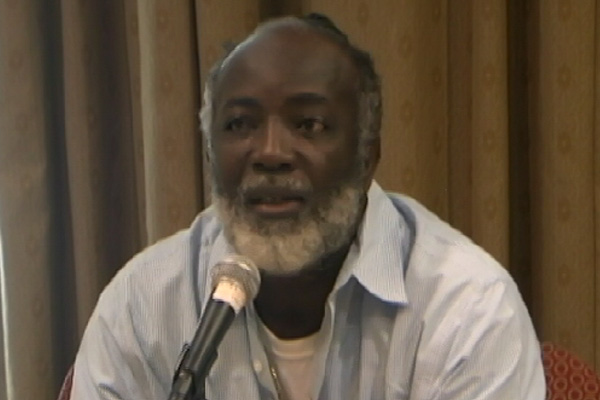 Freddie McGregor says St. Kitts is on the rise, points to significant development

The 58-year-old who celebrated that milestone made the unsolicited comment during a press conference on Saturday with other artistes on the night’s St. Kitts Music Festival line-up.

“We travel a lot so we can always compare places and things etc…But I must tell the St. Kitts people that your country is on the rise most certainly. I come here quite a few times and every time I come, I notice things are getting different. Yesterday (Friday 27th June) was indeed very, very different. You could see the development. You could feel it. You could feel the spirit in the air that the country is moving and that is great. So you guys need to continue to build on this,” said the Clarendon-born Jamaican, who began his music career when he was seven years old.

In 1963, he joined with Ernest Wilson and Peter Austin to form The Clarendonians, and began to record for the Studio One label. He was only seven years old at the time and was known as ‘Little Freddie’. He was also a member of the Generation Gap.

McGregor converted to Rastafari in 1975. He is a member of the Twelve Tribes organizaion.

McGregor worked with producer Niney the Observer during the late 1970s and early 1980s, and in the same period was part of the resurgence of Studio One. His popularity soared in the early 1980s with the release of “Bobby Bobylon.” Other popular hits of McGregor’s include “Big Ship,” “Push Comes to Shove,” “Just Don’t Want to Be Lonely” (a top ten hit in the UK), and “I Was Born a Winner”; as well as cover versions of many early reggae standards. He has also worked with producers Junjo Lawes,Linval Thompson, and Gussie Clarke. McGregor has also recorded as a drummer with artists such as Sugar Minott and Judy Mowatt.

McGregor has also toured extensively for many years. He secured a licensing agreement with RAS Records in U.S. and released Come on Over in 1983.

McGregor’s albums in the 2000s were Signature and Anything for you, which received a Grammy nomination.

He established the Big Ship label in 1983, and has produced many artists including Papa San, Lieutenant Stitchie, Tiger, Luciano and Mikey Spice.

In a 2011 interview, he expressed concern that many veteran artists, including himself, struggled for local radio play of their newer material, which he felt may be “lost” over time as a result.

In 2013 he received a Marcus Garvey Lifetime Achievement Award from the Institute of Caribbean Studies.