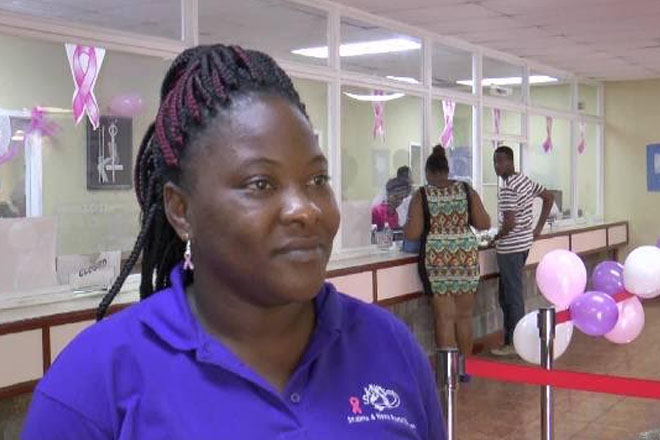 Nicole Agard of the General Post Office here in St. Kitts, said World Post Day provides an opportunity for them to remind residents of the important role post offices continue to play, even in this technological age.

“Some of differences or some of the efficiencies at the post office that we offer as part of the service includes the fact that we can do re-packs and consolidations,” said Agard, who is spearheading the new service.

“So this is a real important thing for customers and we have heard the need and this is something we have stepped up to the plate and provide. Sometimes customers order 4 or 5 packages and rather than having to pay freight on each package individually, we can re-pack them for the customer whereby when the customer comes in its less charges, less money for the customer to pay and they pay the freight on one package,” Agard added.

She believes the launch was well received as dozens of residents signed up for the new service.

“We had a wonderful turnout. We had lots of customers who have signed up already and today, we have hundreds of customers who are just coming in through the door and asking. Some persons were not aware of the service before so they are glad that it’s actually on board now. Some people are saying that it’s high time; it’s about time and finally it is here,” Agard continued.

Customers can look forward to quick and efficient service as an officer of Her Majesty’s Customs and Excise Department is based full time at the General Post Office.

World Post Day is celebrated each year on October 09, which is the anniversary of the establishment of the Universal Postal Union.