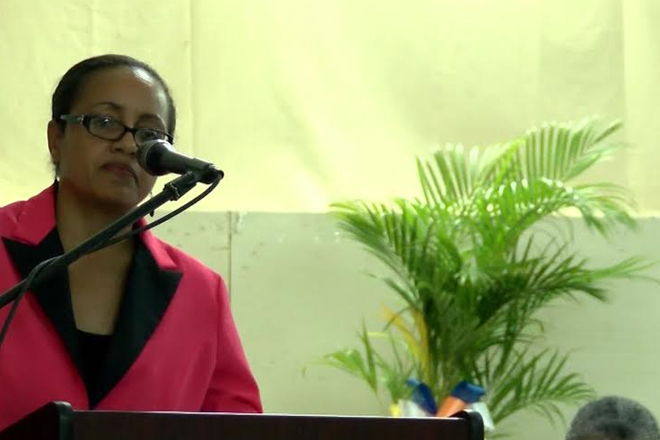 (ZIZ News) — Minister of State with responsibility for health Hon. Wendy Phipps has revealed that gang affiliation is a major problem in the Federation’s public health system.

Addressing a sanitation issue at a Town Hall Meeting earlier this week, Minister Phipps said due to the fact that some sanitation workers are a part of gangs, they say they cannot work in certain areas.

She said. “One of the difficulties we have is that we have persons hired as drain cleaners as well as parks and beaches workers who happen to be gang members and because of these unseen lines of demarcation, that tells you where a brown gang can go, and the blue gang can’t go.”

She added that there is an extra burden on the supervisors as it relates to drain cleaners and parks and beaches in terms of where they can and cannot go.

According to the Minister of State, her ministry is working to ensure that the workers are dispatched in such a way that they feel safe and can therefore be productive.

The minister said the answer is not to fire persons who are in gangs because “we would have a bigger social problem on our hands but we are trying our best in terms of the dispatch of our workers.”

She continued “so even if it’s a case where the blue gang can’t go here, at least at the end of the day you still work an 8 hour day even if you have to be transported to spend 4 hours in St. Pauls and 2 hours in Tabernacle because our policy is not to pay people for two hours worth of work and let them sit down with the excuse that I can’t work here because if I go in this neighbourhood my throat will be cut or someone is going to end my life with a bullet.”