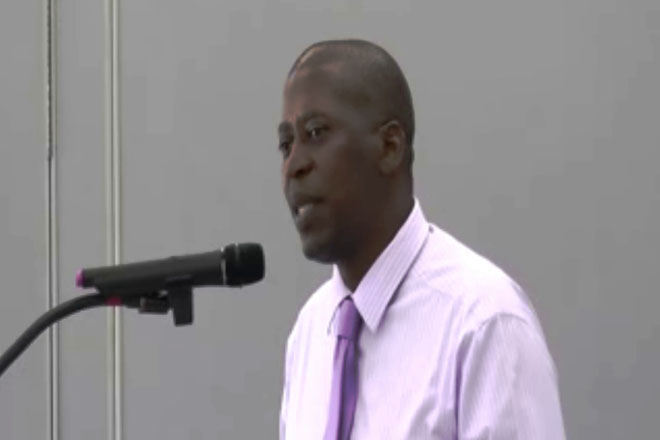 Geothermal: an Option for Generating Power

(ZIZ News) — SKELEC’s Chief Executive Officer, Cartwright Farrell, was the featured speaker at Wednesday’s quarterly luncheon of the Manufacturers Division of the Chamber of Industry and Commerce.

CEO Farrell strongly recommended that geothermal energy be considered as a form of generating power in the federation.

He said, “we keep our eyes fixed on things like geothermal. We believe that geothermal can be cheaper and it is something that we should all try to make sure gets developed.”

Farrell also spoke of the difficulties with geothermal energy.

He said, “I think the geothermal problem—the problem with geothermal so far, has been getting finance to do it. We are a very small country, the population is small. How can we develop geothermal to have it pay back for itself within a certain time with the small customer base. We have to make certain decisions as to how to do it and the conversation continues.”

Wednesday’s luncheon was held at the Ocean Terrace Inn.