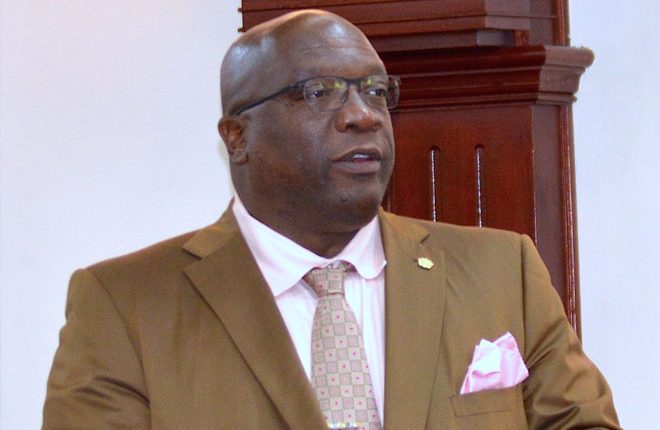 (Press Unit in the Office of the Prime Minister) – Prime Minister of St. Kitts and Nevis Dr. the Honourable Timothy Harris said that while the Government is yet to receive a response from the Opposition, his Cabinet “reasonably expects that by the next meeting of the Parliament we would be able to constitute the Public Accounts Committee.”

During the Tuesday, May 23rd, 2017 sitting of the National Assembly, Prime Minister Harris disclosed that he had written to the Leader of the Opposition, requesting that he propose two nominees to be part of a five-member Public Accounts Committee, one of whom will serve as the committee’s Chairperson. The other three committee members have already been identified by the Government.

Speaking with the Press Unit in the Office of the Prime Minister, Dr. Harris stressed that there was no legal requirement for his Government to give the privilege to the Leader of the Opposition to name the Chair of the Public Accounts Committee.

Commenting on why he thinks there has never been a functioning Public Accounts Committee in St. Kitts and Nevis, Prime Minister Harris stated that although committees were previously formed, there was no establishing framework as to how such a committee should operate.

Dr. Harris continued, “They couldn’t look at what happened before to see what that committee was able to do, could have done and how it was done. There was no benefit of experience of a functioning Public Accounts Committee, whether limitedly or fully, which would help guide [the process]. Secondly, the legislative frame was inadequate for them to do their work.”

Furthermore, the Honourable Prime Minister said his Government intends to address this serious shortcoming and bring a legislative framework that will allow for the proper functioning of the Public Accounts Committee.

“We have looked at models around the region and we have attempted to find a number of them that we think have been effective and which can help us then to guide our own development of an appropriate legislative body for the Public Accounts Committee, and that is what we are going to put in place,” the Prime Minister of St. Kitts and Nevis added.

The Standing Orders of Parliament state that the duties and powers of the Public Accounts Committee, drawn from both sides of the lawmaking body are to: (a) ascertain that the authorised expenditure during each financial year, including supplementary expenditure, has been applied to the purposes prescribed by the National Assembly; (b) scrutinise the causes which may have led to any excess over authorised expenditure and to verify applications of savings on other authorised items of expenditure; (c) make an effective examination of public accounts kept in any Department of Government, and (d) summon any public officer to give any information or any explanation or to produce any records or documents which the Committee considers necessary in the performance of its duties.