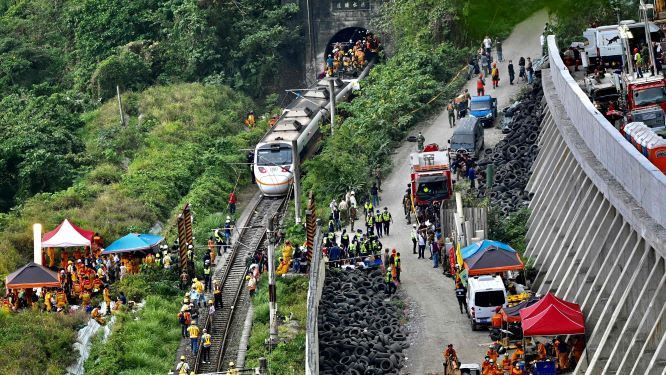 Basseterre, St. Kitts, April 03, 2021 (SKNIS): Governor-General of the Federation of St. Kitts & Nevis, His Excellency Sir S.W. Tapley Seaton, GCMG, CVO, QC, JP, LL.D, has reached out to the Government and people of the Republic of China (Taiwan) on the fatal train accident on April 3 in a tunnel north of Hualien County, Eastern Taiwan, that killed at least 50 and injured dozens more. The passenger train was carrying 490 people when it derailed. It’s Taiwan’s worst train crash in decades.

His Excellency Sir S.W. Tapley Seaton relayed to Resident Ambassador of the Republic of China (Taiwan) to St. Kitts & Nevis, His Excellency Tom Lee, his “profound sympathy on behalf of the people of Saint Kitts and Nevis and on his own behalf,” while recalling his visit to Taiwan when he travelled on their very efficient train service.

His Excellency the Governor-General requested the Taiwanese Ambassador to transmit his message of goodwill and best wishes to Her Excellency Tsai Ing-wen and the Government and people of Taiwan.