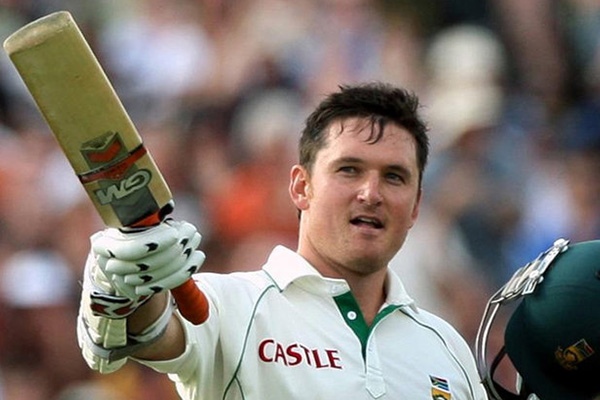 Graeme Smith has announced he will retire from international cricket at the conclusion of the final Test against Australia in Cape Town.

Smith, 33, is playing his 117th Test match – 109 of which have been as captain, a world record – and currently stands on 9257 runs. He revealed the news to his team-mates after the third day’s play at Newlands. He said finishing on his home ground felt like the perfect ending and that it was something he had been considering since ankle surgery last year.

“This has been the most difficult decision I have ever had to make in my life,” he said. “It’s a decision that I have been considering since my ankle surgery in April last year. I have a young family to consider, and I felt that retiring at Newlands would be the best way to end it because I have called this place home since I was 18 years-old.

“I have always been someone who has left everything out there on the field for my team and for my country. I’m extremely honoured and proud to have had the privilege to lead so many wonderful players and to have been a part of building the Proteas culture to what it is today. It is a culture that every player can be, and is, immensely proud of.”

In the current series, with one innings remaining, Smith has made just 42 runs and has been troubled particularly by Mitchell Johnson. He has not scored a half-century for eight innings – although did make 234 against Pakistan in October – and if South Africa lose against Australia it will be their first series loss since 2008-09. There were rumours before the India series late last year that Smith, who took on the captaincy in 2003, threatened to resign over selection issues.

His statement continued: “I would like to express my deepest gratitude to the support from my parents and brother, my wife and children, my friends, my sponsors, my fans and to Cricket South Africa. I thank and honour the players who I have played with and those who have supported me and helped me to be the person and captain I am today.

“I have been fortunate to have had many highs, amongst them leading and being part of the best Test team in the world. I will cherish these memories for the rest of my life. Thank you from the bottom of my heart. I bid my career a fond yet sad farewell.”