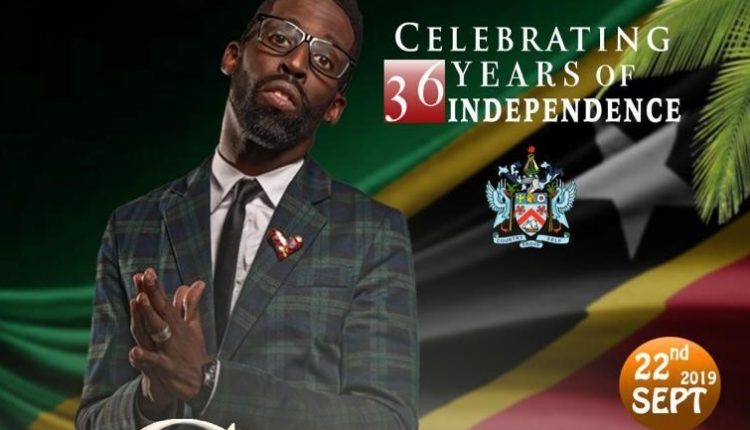 The uplifting event begins at 6 p.m. on the Conaree Football Field. There is no admission fee.

Tribbett is described by some as the “Elvis of Gospel” and has earned a reputation as having one of the most relevant voices of this generation. He won his first Grammy Award in 2014 for the song “If He Did it Before … Same God [Live].” The song was recognized as the Best Gospel Song. Tribbett also won a Grammy for Best Gospel Album “Greater Than [Live]” that same year.

Tribbett is also known for hit tunes such as Work it Out, He Turned It, Fresh, What Can I Do, Already Won, I Give You Glory, and You.

Hundreds are expected to attend the inspirational music concert that will also feature performances by M1:Ministering 1, Venelle Powell, Omandy Byron on steel pan, Blessed on saxophone, Minister Tega Joy and much more.

The concert will be hosted by Pastor Jeremy Thomas and Pastor Phillip Webbe.

St. Kitts and Nevis will celebrate its 36th Anniversary of Independence on September 19, 2019.