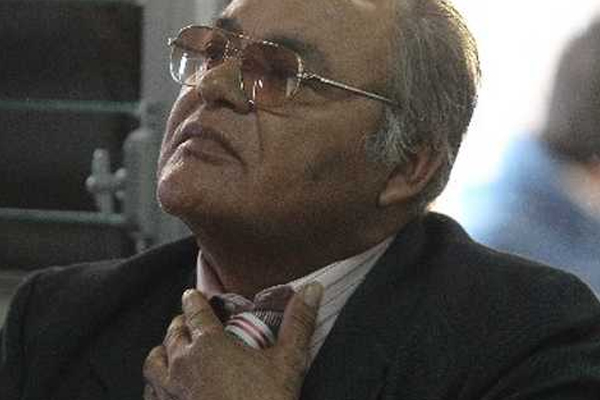 Guatemala City, Guatemala (AFP) — A court in Guatemala on Monday sentenced a former police chief to 90 years for an assault on the Spanish embassy in 1980 when a group of protesting Indians, peasants and university students were holed up inside.

The attack left 37 people dead and came during the Guatemalan civil war pitting a rightist government against leftist rebels and people accused of supporting them.

The convicted police chief, Pedro Garcia, will only have to serve 30 years, however, because that was the maximum possible sentence at the time of the attack.

Before the sentence was announced, indigenous people held a Maya ceremony with an altar holding flowers and candles.

Nobel peace laureate Rigoberta Menchu, whose father died in the attack, praised the verdict. “It is essential that we still create a drop of hope in justice,” she said.

The embassy was attacked after Indians, peasants and students took refuge inside to protest army repression.

Garcia led a special police commando unit when the embassy was attacked and burned.