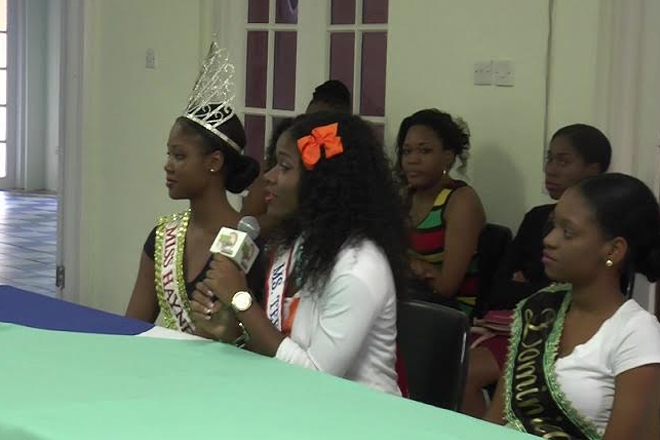 (ZIZ News) — Eight of the nine contestants who will be competing in Tuesday night’s Haynes Smith Caribbean Talented Teen Pageant have shown that this year’s show will be keenly contested.

Absent from that event was Miss Barbados Beviny Payne, who was travelling to St. Kitts, up to the time of the press conference.

Chaired by Val Henry of VH Communications, that event heard remarks from the pageant’s Past Chairman, Antonio Maynard, who spoke with pride of the contribution of Reigning Queen, D’shnay York.

“The reigning queen has been an ambassador for this pageant. And I can tell you, you have been an inspiration. Not only to me, who has been doing it for so long, but to other persons. I have never seen anything like this and I want to put on the record that we are very grateful for your efforts,” he said.

He said she had been an ambassador, not only for St. Maarten, but St. Kitts and for the pageant in particular.

The pageant’s Marketing Director, Wallis Wilkin, recorded appreciation to the sponsors, many of whom had been contributing for several years.

The Haynes Smith Caribbean Talented Teen Pageant will be held at the Sugar Mill on Port Zante.