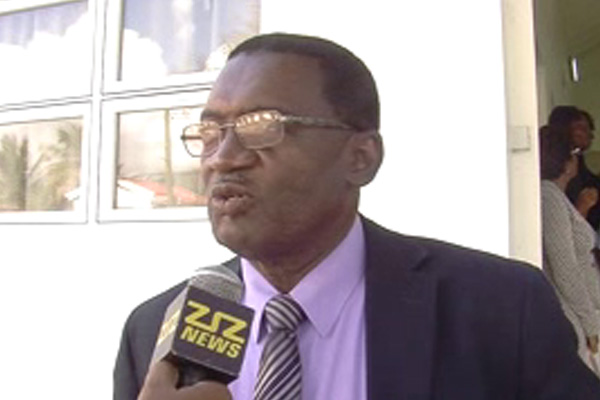 (ZIZ News) — Minister of Health, Hon. Eugene Hamilton said providing financing to support the healthcare needs of the people of St. Kitts and Nevis is high on his agenda.

Minister Hamilton told ZIZ News that he had always been a strong advocate for the issue because there are some persons who will never be able to access healthcare coverage.

“As a result of that, some people who get sick sometimes they sit at home and they pine away, some walk around with a paper and ask for contributions, they don’t get it; but I’ve seen one or two cases in this country where people have died some painful deaths because of the opportunity they never had,” the Minister stated.

He mentioned one specific example where access to funds for healthcare could have saved a young man’s life.

“I often speak of a young man from Keys who I know was required to get 21 cycles of chemotherapy. A poor young man, a fisherman without the resources to purchase any kind of insurance and that young man, only at age 34, died a very painful death. It is one of the things that has bothered me as a person who worked in the insurance industry and knows the importance of having this coverage,” he said.

Minister Hamilton said he would ensure that a plan to finance healthcare is implemented while he is a member of the National Assembly.