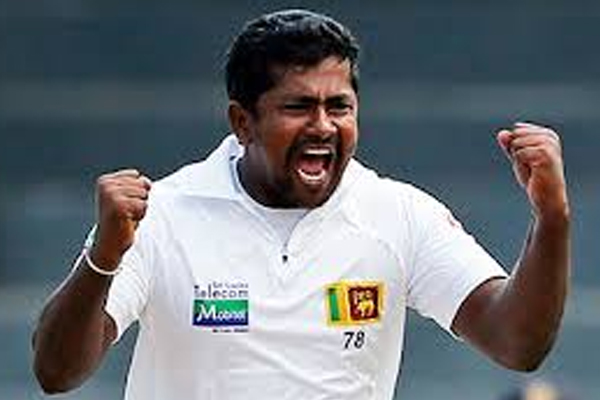 Herath spins New Zealand out of WT20 with 5 for 3

(Sports Page)— Rangana Herath sprung from Sri Lanka’s dugout, watched his team-mates collapse, then crafted a Twenty20 spell of astounding quality to slam New Zealand into a wall, claiming five wickets for three runs as Sri Lanka defended 119 and made the semi-finals. He arrived at the bowling crease in the third over, delivered a wicket maiden first up, and had three scalps before New Zealand scored a run off him. By the end of his three-over spell, New Zealand were 30 for 5 – effectively 6, as a dislocated finger prevented Corey Anderson from batting. Kane Williamson batted gamely, hitting 42 off 43 – the game’s top score – but he could not overcome the carnage at the other end.

The dew Brendon McCullum had expected at the toss in this must-win game did not materialize, and though an attack led by Trent Boult justified his decision to chase, his batsmen were stunned to a stall in the Powerplay. They managed 60 for 9 in 15.3 overs, as Sachithra Senanayake and poor running contributed the remaining wickets.