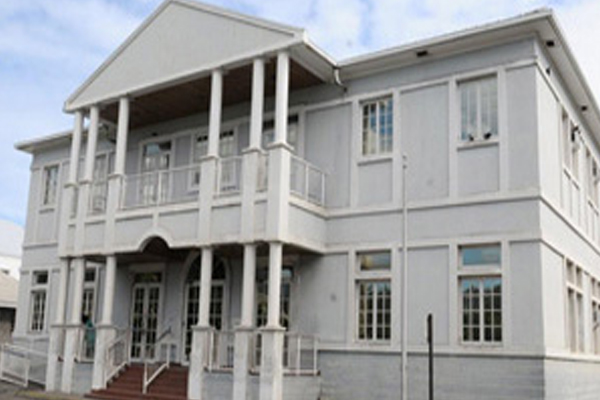 Legal Counsel for the Prime Minister, Mr. Sylvester Anthony confirmed that a default judgement was obtained after no defence was filed.

“They did try at a stage to file a defence because they applied to the Court to set aside the default judgement that we got and the Court dismissed their application. The problem they had is that the defence that they tried to file is not a defence known to the law of defamation and that is referred to as well in the judgement. So they really could not have defended the case,” said Mr. Anthony in an interview with WINNFM’s Toni Frederick Wednesday morning.

He said the size of the award speaks to the egregious nature of the defamation and disclosed that the court was very clear in its language in relation to the conduct of the defendant which is the Democrat.

“For example with regards to the attempt to set aside the default judgement, this is what the court had to say ‘In the case at Bar, even after the application to set aside the default judgment was denied, the defendant still refused to retract and apologize thereby showing that his actions were malicious and spiteful and further injured the claimant’s proper feelings of dignity and pride’” Anthony read from the judgement.

He added: “These are the words of the Master. These are not my words. These are not the Prime Minister’s words. These are the words that described the conduct of The Democrat and as a result of that, the Court granted aggravated damages of $50, 000 over and above the $300, 000 thousand dollars that was given. We also asked for exemplary damages and the court also agreed with us. This is what the Court said in support of our view. ‘In the instant case given the admitted facts, the egregious, malicious and outrageous conduct of the defendant, merit an award of exemplary or punitive damages’.”

“Then the court went on to say that given the amount of the award that had already been made, she was of the view that that was sufficient to punish the defendant for its conduct,” said Mr. Anthony.

“I will commend the reading on what the Court said in paragraph 30. ‘I find the libel in this case to be of exceptional gravity, firstly accusing someone of kidnapping, murder or conspiracy to murder, is reprehensible, outlandish and outrageous. This is especially so when the person being maligned is the Prime Minister who is likely to seek re-election.’

And adopting a passage from a previous judgement by a Justice of Appeal Edwards, the Court went on to say, ‘a politician depends very much on the popular perception of his/her reputation and damage to it can lead to diminished political advancement within support groups; it can lead to political demise’.”

Mr. Anthony added that the Court was guided to its decision by a number of court decisions.

Dr. Kennedy Simmonds in the lawsuit he won against J.N France and Fitzroy Bryant quite a number of years ago got $75,000 dollars for liable that was published in the Labour Spokesman,” said Mr. Anthony.

“I wrote to The Democrat and told them that what was alleged was false, and asked for them to retract it, instead…it showed up on the website or vice versa, it showed up in the newspaper (again). No retraction. No apology,” said Mr. Anthony.