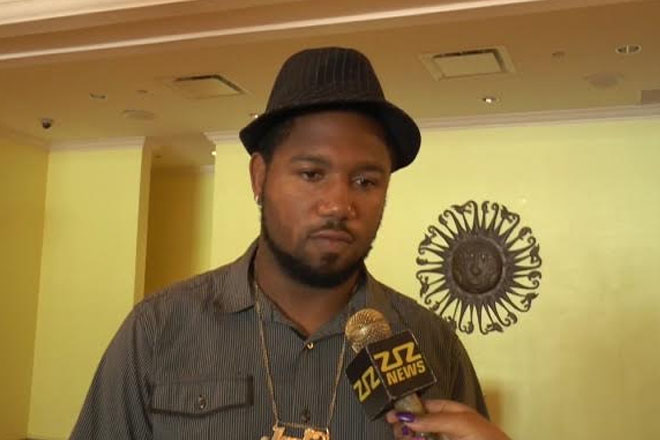 (ZIZ News) — The first Music Development Workshop was facilitated by Thursday night performer, Roy Cape on Wednesday at 10am at the St. Kitts Marriott Resort.

In its 11th installment, the programme has shown growth with an increase in participation.

We spoke with musician Irv Swanston who is a second time participant. She said she expects a great outcome, based on last year’s results.

“I have seen in them a greater discipline in what they’re doing and the interest level ahas lso heightened and they were also able to impart some of the knowledge and techniques that they gathered at the workshop to their peers. So that also helped in making other students who have not experienced it directly by coming to the workshop…they too would have been able to have seen the importance of being here today,” she said.

Among the attendees was local artiste and Soca Monarch Groovy King, Mr. Bagnall. He told ZIZ of his involvement in the workshop over the years.

“Last year talking to Chronixx opened my eyes to a lot of things in terms of being professional, being on time, how to talk to media, how to approach another artist in terms of doing collaborations and working out other logistics and stuff like that,” he said.

He also elaborated on his expectations performing alongside one of the St. Kitts Music Festival’s headliners, Roy Cape.

“Well yes I’ve actually been watching Roy Cape from a few years ago, from when Destra was there, from Patrice, and Blaxx. And to be performing with Roy Cape tomorrow on St. Kitts Music Festival is a pleasure because he’s a legend. I’m an upcoming artist and to be performing with a legend is a special wonderful feeling and I hope something good can come out of this performance and collaboration,” he said.

Chairman of the Music Development Committee, Nigel Williams believes that Roy Cape will serve as a source of inspiration and encouragement to persons interested in the music industry.

“I am hoping they many of them would be encouraged and not discouraged because sometimes in the music industry there are so many downs that sometimes you’re about to you’re your breakthrough but you get discouraged but listening to Mr. Roy Cape, someone who’s been playing music for 50 years and you hear about his struggles but yet the passion and the love he still has for it. I think that is still encouraging for anyone who is willing to pursue music as a profession,” he said.

Williams encouraged others to take advantage of the next workshop.

“Well for the past 11 years this workshop has increased, it is a big success. And I’m encouraging persons to come on out because each workshop is different. And sometimes you think you know it all but I find that the St. Kitts Music Festival artists, they all bring something different and something very important,” he said.

“Friday we’re going to be having our final for this year with Arturo Tappin and it’s going to be different to what we had today, I can tell you that. Because he’s gonna have his entire band. He’s gonna be concentrating on vocals, and also wind instruments. So it’s important that everyone come on out and don’t miss anything. Not only for now but as the years go by, let’s make this thing bigger and better,” he added.

The Music Development Workshop is a collaborative effort of the Department of Culture and the St. Kitts Music Festival Committee.