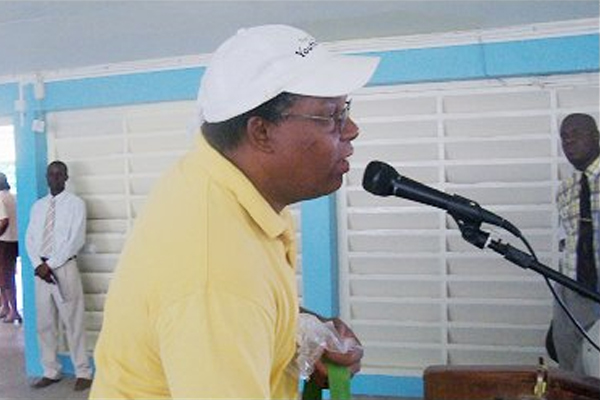 ZIZ News — A political commentator on Nevis has expressed the view that Nevisians do not support Team Unity.

Elton Marcus Hull told listeners to Choice Fm’s “The Breakfast Menu” that Nevisians are totally against collaborating with Dr. Timothy Harris and his team from the People’s Labour Party [PLP] and the People’s Action Movement [PAM] who form Team Unity.

“As far as the unity destruct, there’s nobody in Nevis who care nothing about these guys; nothing because they mean nothing to us.” He continued, “You know, what I really hate? Is the pretenders; the ones who are stepping up pretending to love Nevis and love Nevisians. Somehow they get the idea Nevis can save them.”

Hull then explained why he thought the collaboration was only beneficial to St. Kitts.

“The bottom line is there is a problem in St. Kitts,” he said. “It’s a domestic problem. It’s a domestic problem between Tim and Sam who wanted the Prime Minister out. Of course PAM saw the opportunity, never realising that they’re going to destroy themselves in the process because that’s what they have done. They saw the opportunity and figure well, let me join these guys to bring the Prime Minister down.”

Hull further criticised Team Unity claiming it has no plans for the development of St. Kitts/Nevis.

“They got no plans, they got no plans!” he said. “What plans have they got? They haven’t put one good idea forward. The guy Powell says they’re going to take the tax off medicine and food and shortly after that I asked him what are they going to replace it with. They didn’t have one. The SIDF fund, that’s the only plan they have you know. The only plan they have is the SIDF fund. The sad thing about it, half of them or all of them probably know very little about the SIDF fund.”