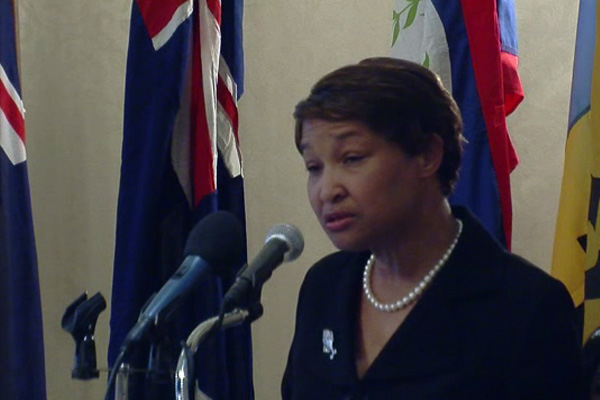 (ZIZ News) — St. Kitts and Nevis is looking at the future of information and communication technology with the launch of ICT week.

An opening ceremony was at the Marriott Ballroom on Tuesday night that officially began a weeklong series of ICT-related workshops.

According to officials the goal of the event is to look at what’s going on in the area of ICT and how countries can use the info to position the region and the people to achieve greatness.

Secretary General of the Caribbean Telecommunications Union, Bernadette Lewis said from teenagers setting up news channels online to shopping for the exact product that you want, the evolution of information and communication technology is changing the face of the world and is putting more power into the hands of ordinary people.

“The technological revolution has ushered in this information age and it is dismantling the traditional frameworks that govern how we live. Indeed those traditional frameworks are based on 200-year-old principles that are anachronistic to the current age and in many ways are incapable of enabling us to realize the potential of information telecommunication technologies,” she said.

Minister of Telecommunications, The Hon Glenn Phillip said St.Kitts Nevis has embraced ICT as a critical component of national growth.

“We believe that our nationals and residents should be the primary benefactors of a society and economy that is built on access to information and other resources in a timely and cost-competitive basis,” he said.

Delivering the feature address, Prime Minister The Right Hon Dr Denzil Douglas spoke of how the government has upgraded its services using new technology making it more accessible and more secure for the public.

“To have a far less cumbersome and obvious process. A process such as a simple swiping of a card that would allow beneficiaries to have access to said public systems without a process whether this assistance is attained being so obvious that the beneficiary’s private affairs become evident to others as well,” he said.

The ICT week is being held under the theme “Appropriate Policies for the Information Age”.

Topics for the week include “Cyber Incident Response” and “ICT’s For Empowering Persons with Disabilities”.