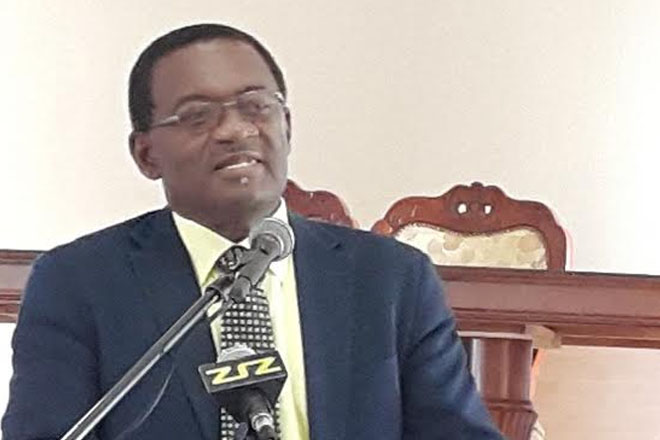 (ZIZ News) — Agricultural officers gathered on Wednesday to discuss the accountability of the Inter American Cooperation for Agriculture (IICA) and its plans for the Federation.

During the opening ceremony for an IICA Accountability Seminar, Senior Project Officer in the Ministry of Agriculture, Gene Knight said IICA is committed to accountability so stakeholders are looking at IICA’s plans for 2015 and giving feedback.

“So that IICA will not be an organization imposing anything on the Federation but providing first class excellent support to the people of the Federation in the areas of agriculture, cooperatives, fisheries, and so on,” he said.

Coordinator for IICA St. Kitts and Nevis, Augustine Merchant, said the accountability seminar is part of IICA’s commitment to transparency.

“The fact that IICA resources come from public coffers and in the St. Kitts-Nevis case, we pay a quota to IICA, imposes the need for transparent management and making all possible efforts to explain how resources are being invested appropriately,” he said.

Minister of Agriculture, Hon. Eugene Hamilton praised IICA for being ready and willing to help the government on plans to develop the agriculture sector.

“No government can achieve what it wants to accomplish by itself. We can’t achieve that in a vacuum hence, at the request of government, institutions like IICA play a vital role not only in us delivering what we promise but in overall nation-building,” he said.

IICA is a hemispheric organization whose goal is to encourage, promote, and support efforts to achieve agric development and rural well-being in its member states.