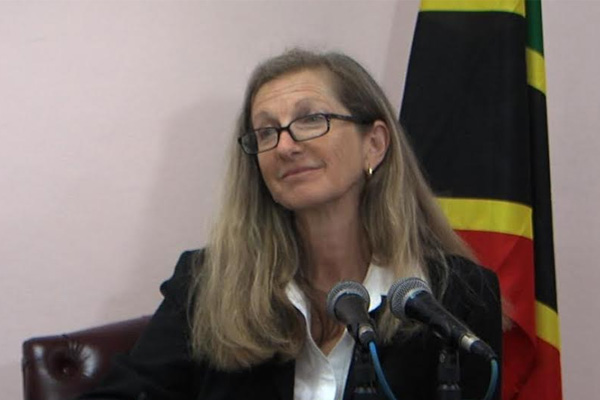 (ZIZ)– It was during a press conference on Wednesday that we learnt that with the ongoing implementation of the government’s reformed programme, the country’s debt is set to decline to 60 percent by 2020.

She said, “So we see a decline by 60 percent in 2020 and that’s premised on four important assumptions: that the remaining debt restructuring, the debt for land swap takes place, that the government maintains the stable and sound fiscal framework that it will no longer need to borrow money to support its own expenditure programme, that it will service the debt as it comes due, so pay it up as it comes due and finally, that the healthy rate of growth of about three percent will continue into the future.”

While responding to a question from one of the government’s media partners, Gold said the government of St. Kitts-Nevis had been extremely cooperative with the IMF.

“I’ve only been Mission Chief since last September but we’ve had excellent relations and very productive discussions and I think that’s how it should be where we hope to give advice to the government and we hope they would follow our advice based on the strength of that advice not because they must.”

Wednesday’s press conference was held in the Parliamentary Lounge at Government Headquarters.