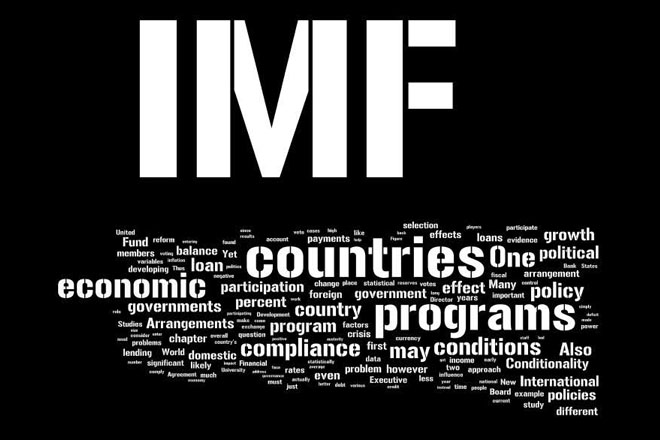 (SKNIS): The International Monetary Fund (IMF), a world renowned multilateral agency, has commended the Government of National Unity for its broad reforms and competent management of the St. Kitts and Nevis Citizenship-by-Investment (CBI) Programme.

In its May 13, 2016 Article IV Consultation report on the fiscal performance of St. Kitts and Nevis, Dr. Inci Otker of the IMF, reported that “the authorities are to be commended for the comprehensive reform of the CBI Programme” and that “the improvements in the transparency of SIDF financial reporting are welcome.”

Since assuming political office in February of 2015, the Government of National Unity has set about to bring sweeping reforms to the CBI programme, a programme that had been brought into disrepute under the Dr. Douglas-led Administration’s management of it—So much so, that the Financial Crimes Enforcement Network (FinCEN) issued, on May 20, 2014, an advisory to alert Financial Institutions (FIs) that certain foreign nationals were abusing the Citizenship-by-Investment Programme sponsored by the Federation of St. Kitts and Nevis (SKN) for illicit financial activity. The advisory made it clear that the management of the CBI Programme under Dr. Douglas and his team had lax controls that made it attractive to bad financial actors who want to mask their identity and geographic background for the purposes of evading U.S. or international sanctions or to engage in other financial crime.

And if that were not unfortunate enough, the Canadian Government issued a notice on November 22, 2014, that citizens of St. Kitts and Nevis now require a visa to travel to Canada. The reason again reflecting the poor management of the CBI Programme under a Douglas-led Administration that never yielded to sound advice from its international partners where the programme was concerned.

The notice stated that Canada “has implemented the visa requirement on St. Kitts and Nevis due to concerns about the issuance of passports and identity management practices within its Citizenship by Investment Programme.”

“Canada is acting to protect the safety and security of Canadians and the integrity of our immigration system. The visa requirement will ensure that Canada will be able to properly determine the true identity of St. Kitts and Nevis passport holders and to deny entry to those who would otherwise be inadmissible to Canada. Canada continues to welcome genuine visitors from St. Kitts and Nevis and has a number of programmes, including a multiple-entry visa, to make it easy for such legitimate visitors to travel to Canada,” the notice further stated.

In November 2013, a scandal erupted after Iranian citizen Alizera Moghadam, turned up at the Canadian border carrying a St. Kitts-Nevis diplomatic passport, which he said he paid for, saying he was there to see to see the Canadian prime minister. Former Prime Minister, Dr. Denzil Douglas, downplayed the issue and staunchly defended Mr. Moghadam’s character, although the Canadian authorities raised eyebrows.

Another issue that was of great concern to the US, Canada, United Kingdom and other countries was the removal of the place of birth from the barometric passports issued by the island in 2012. Dr. Douglas said the date of birth was removed upon advice to his then Government but the US said that this was an anomaly in keeping with international practice and had created unnecessary work of verifying the true nationality of persons.

The Government of National Unity’s reform of the CBI Programme has not only been commended by the IMF but by Canada, the European Union (EU), the US and other countries.

“We recognized that mistakes had been made by the former regime,” said Prime Minister Dr. the Honourable Timothy Harris. “The programme had been abused to a point that was willful, almost dishonest. The people voted for a change.”

Prime Minister Harris indicated that this abuse had resulted in strained relationships with Canada and the United States. Explaining that the changes to the programme were not a simple cosmetic fix, he outlined the recent changes made to the programme by his Government:

The first change was to the Citizen by Investment Unit. “We have bolstered the management of the Citizenship-Investment-Unit. We have added staff, given everybody training courses, and initiated organizational changes that allow for a more client-focused team.”

The second change saw the introduction of a new citizen case management system. This system, the first of its kind in the Caribbean, will allow for faster processing of applications. According to Prime Minister Harris, ‘This system allows 24-hour access for the input of applications, as well as tracking of applications as they work through the system.”

The third change was the adjustment of workflows geared at enabling faster response times in application processing. “We are no longer processing applications in a linear fashion,” said Prime Minister Harris, who later revealed that “due Diligence reports are received and files are reviewed immediately thereafter rather than being held until old files are cleared.”

The fourth change according to Prime Minister Harris was the commissioning of a Technical Committee, in accordance with a 2015 amendment to the law. He explained that “this institutes a more formal and documented process over the denial of applications.”

The fifth and final change announced by Prime Minister Harris was aimed towards assisting in the protection of the applicant’s investments in real estate transactions. “We have improved the acknowledgement phase of the processing cycle. Files are now being acknowledged on an average of 5 days after receipt, well within the 10 day window, and much improved from earlier this year and last year. Finally, we have tabled changes to the law regarding escrow accounts.”

Prime Minister Harris is confident that these changes will assist in launching the programme into a progressive and prosperous future.

Additionally, The Government of National Unity has promised to provide a full account of the financial management of the SIDF in its policy of transparency, accountability and good governance to the electorate. Since taking office in February 2015, Prime Minister Harris, disclosed in the National Assembly that “as of the 31st of December, 2015, there were 10, 777 primary passports issued under the CBI programme.”

Figures with respect to how many persons have become economic citizens under the St. Kitts and Nevis Citizenship by Investment (CBI) Programme had been veiled in secrecy under the Dr. Douglas-led regime for over 20 years, despite requests by the media and people for that information.