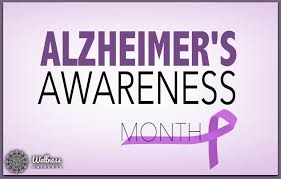 Basseterre, St. Kitts, September 4, 2019 (ZIZ News): The Alzheimer’s Association of St. Kitts and Nevis is working to bring awareness to the disease as it joins the global community in commemorating Alzheimer’s Month which began on September 1st 2019.

Alzheimer’s disease has been defined as a progressive disorder that causes brain cells to waste away and die. Alzheimer’s disease is the most common cause of dementia — a continuous decline in thinking, behavioural and social skills that disrupts a person’s ability to function independently.

President of the St. Kitts and Nevis Alzheimer’s Association Dr. Joan Rawlins spoke with ZIZ News about why awareness related to dementia is important.

The theme for World Alzheimer’s Month is : “Let’s Talk About Dementia: End The Stigma”.

In referencing the theme, Dr. Rawlins said talking about Alzheimer’s is very important.

The St. Kitts Nevis Alzheimer’s Association has been in operation for the past 5 years.

It will host a number of events this month beginning with a fun day for caregivers on Tuesday September 10th at the Old Boys School at 10am.