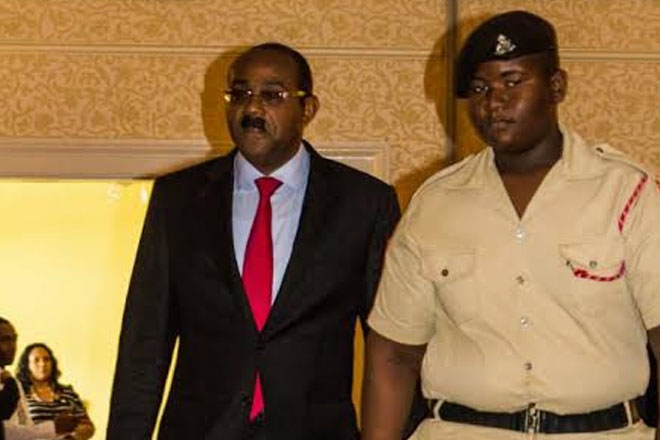 (ZIZ News) — The current state of the region’s air transport system was up for discussion on Wednesday, during a seminar hosted as part of the CDB’s 45th Annual Board of Governors’ Meeting.

The seminar, ‘Making Air Transport Work Better for the Caribbean’, was chaired by Prime Minister of St. Vincent and the Grenadines, Dr. Ralph Gonsalves.

During the seminar, the findings of a study commissioned by the Caribbean Development Bank on regional air travel were presented.

The overarching recommendation is for greater co-operation among regional governments and carriers and with other foreign airlines, and a harmonising of administrative and regulatory policy and operation.

Chief Executive Officer for LIAT, David Evans said he is confident the issue of regional air transport can be solved if the right conditions exist. One such condition, according to Evans, is a conducive political environment.

“Do CARICOM, governments have the political will to act in the interest of the greater good even if that means a short term loss of airlift in order to secure a better medium and long term future? Will those same governments allow industry boards to select properly qualified directors and act with genuine independence, free from interference and subject only to broader oversight? Will there be a consorted effort to address the thorny problem of government fees and taxes, which on many occasions exceed the cost of the ticket itself?” he asked.

Evans said once the political will is there, with time, the regional industry can turn around.

“Those are all pretty challenging questions but I think if the answer to them all is not yes then we have a challenge in front of us. But I think we need to recognise that there is an enormous amount of political will that is required to make this work. We’ve seen it in other parts of the world with greater or lesser success. There is a fully harmonised and liberalised environment in the European Union at the moment but it took a long time to get there, this is not the sort of thing that you can do overnight. But the political will must be there,” he explained.

Meanwhile, Prime Minister of Antigua and Barbuda, Hon. Gaston Browne spoke specifically about the state of LIAT. Browne said in his opinion, the other territories that benefit from LIAT should contribute to subsidising the airline.

“The issue is the responsibility or the commitment of various member states that LIAT serves. Question is whether or not they are prepared to continue benefit from the service of LIAT without contributing to its upkeep. And I think it is unsatisfactory for them to continue to look at various issues, such as efficiency and effectiveness and to use that as a sustaining excuse not to invest in LIAT because at the end of the day, LIAT is contributing significantly to their gross domestic product. So I think in essence, the whole issue of subsidy should be brought on the table. There should be shared benefits but at the same time there must be shared responsibilities. Not to have a situation with three member states carry the burden of LIAT and that all of the other countries would benefit from the service of LIAT,” Browne explained.

The study carried out by the CDB also recommended the creation of an Air Transport Reform Authority to address longer-term strategic issues at the regional level.