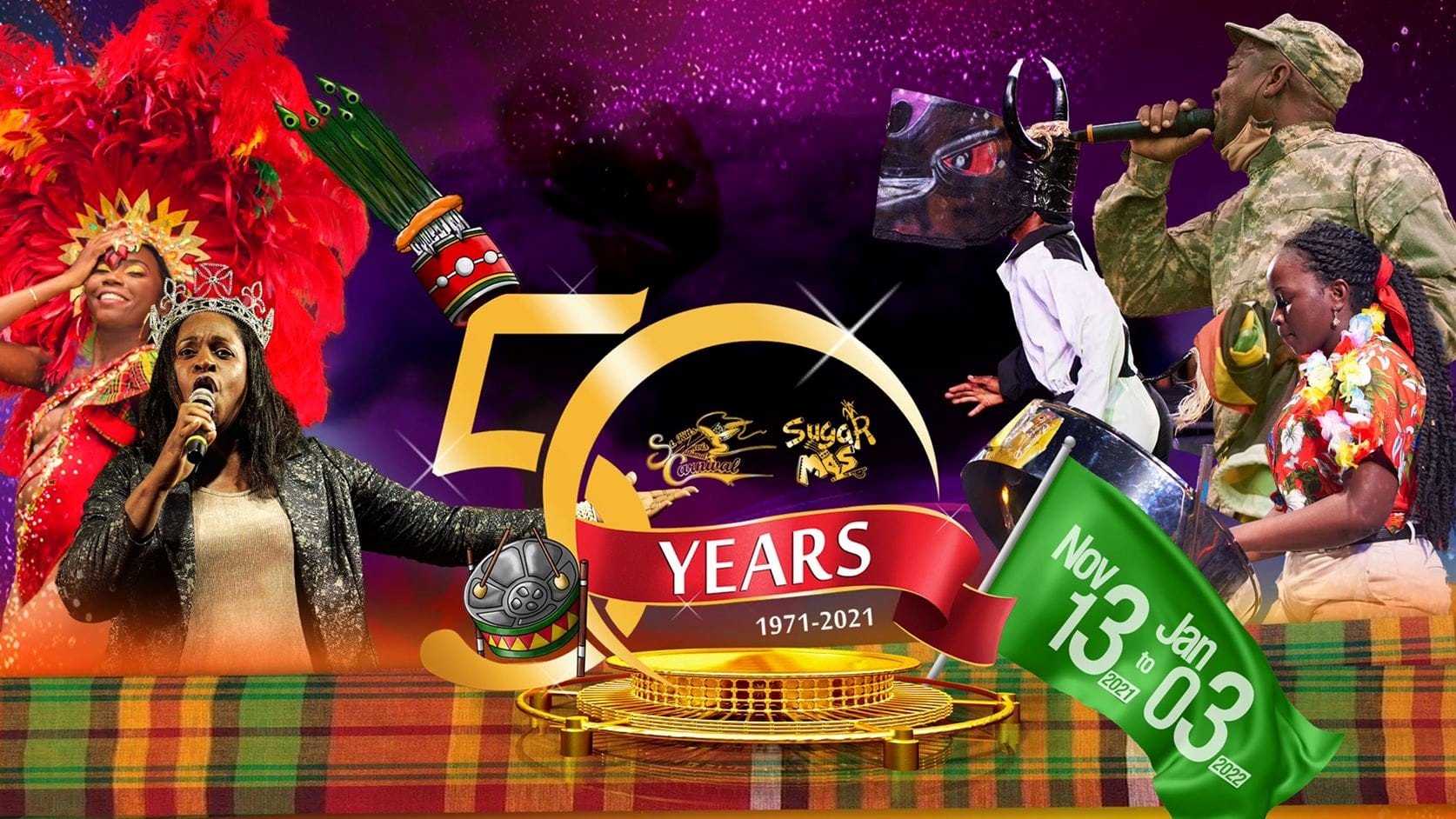 In Search Of That Sugar Mas 50 Calypso Crown

Basseterre, St. Kitts, December 30, 2021 — Trying to predict who will win this year’s Senior Calypso Monarch Competition in St. Kitts & Nevis, is no easy task, given the high standard of compositions being offered by the finalists, who will be on stage on Thursday night, 30th December, at Carnival Village.

One certain thing, however, is that they are all determined to make history and to be known forever as the Calypso Monarch who reigned in the 50th year of the country’s annual carnival.

In the lineup are nine of the country’s best calypsonians, and four will be women, and who have won crowns in past female competitions, and two of them have been monarchs in the Senior contest.

In recent interviews, the finalists have expressed confidence and satisfaction with their level of preparations and are eager for the unveiling of the curtains to signal the start of the on-stage bacchanal.

First to make his entrance will be Murray, who will focus his lyrics on the challenges and benefits of the COVID-19 vaccine and the new realities surrounding marijuana.

The competition is packed with experienced and capable artistes, four of whom have tasted victory at this level, (Socrates, Astro, Miss Independent, and Queeny G-the defending monarch).

The cast also includes Hollywood, who made history earlier in 2021 to be the first person to win the Nevis Culturama crown, back to back.

Then there is Takeover, who knows what victory feels like in the soca competitions of the past but will be making a bid to gain similar experience in the calypso arena.

The former winner of the Female Calypso Competition, Queen Diva, who has been making waves for several years, is another to watch on Thursday night.

Here is the full line-up and songs for Thursday night’s competition:

Tickets for the competition are on sale at the Carnival Secretariat, located on Cayon Street, Basseterre, in the E.C. Daniel Building, or online at www.skncarnival.com. The office number is 466 0057.