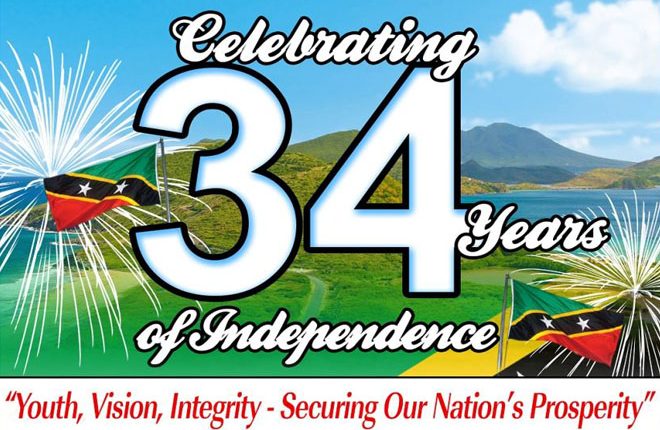 (SKNIS): The official Calendar of Events for the 34th Anniversary of Independence of St. Kitts and Nevis was launched on Sunday, August 20, with a wide range of activities running for the entire month of September.

“As has been the practice for several years, we have decided not to confine the Independence activities to that small pocket of dates surrounding September 19, our anniversary date, but rather to spread out the activities throughout the entire month, thereby allowing for more participation; greater sensitization of our people towards the importance of Independence and patriotism; love of country; and also at the same time to give space on the calendar to non-governmental agencies who want to and have traditionally participated in Independence,” said the Honourable Senator Wendy Phipps, Chairperson of the Planning Committee for the 2017 Independence Celebrations, during a recent press conference organized by the committee.

As this year’s celebrations are focused around youth and youth development, and celebrated under the theme “Youth, Vision, Integrity – Securing our Nation’s Prosperity”, a number of the activities apart from the usual patriotic programmes in schools cater to young persons. Such activities include, but are not limited to, youth drills competition slated for September 24, a night of elocution on September 28, as well as a night of drama and a night of dance on September 15 and 30 respectively.

A number of grand events are also included on the calendar as is the tradition. National Heroes Day, which is celebrated on September 16 every year, is a commemorative event where the National Heroes of St. Kitts and Nevis are honoured for their pioneering spirit and enormous contribution to nation building. Also, Independence Day, observed on September 19 each year allows for citizens and residents to see members of the security forces and other organizations pay tribute to the nation during the Independence Day Parade. The Independence State Service slated for September 17 in Nevis, and the Prime Minister’s Independence Lecture Series on September 13 are also grand events on the calendar.