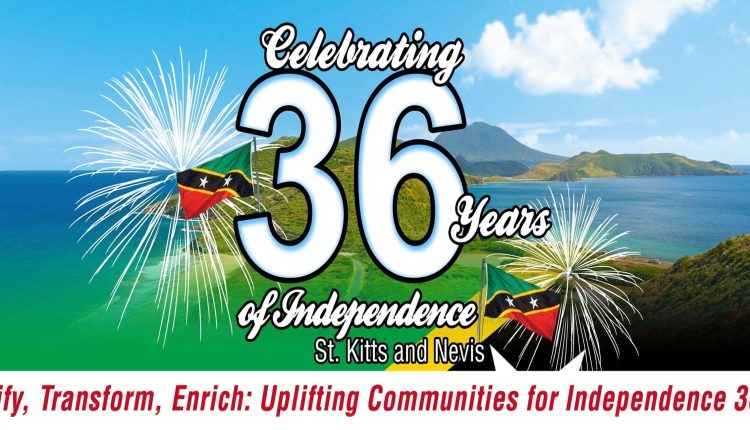 Basseterre, St. Kitts, August 19, 2019 (SKNIS):  The official Calendar of Events for the 36th Anniversary of Independence of St. Kitts and Nevis was officially released on Saturday, August 17, with a wide range of activities. 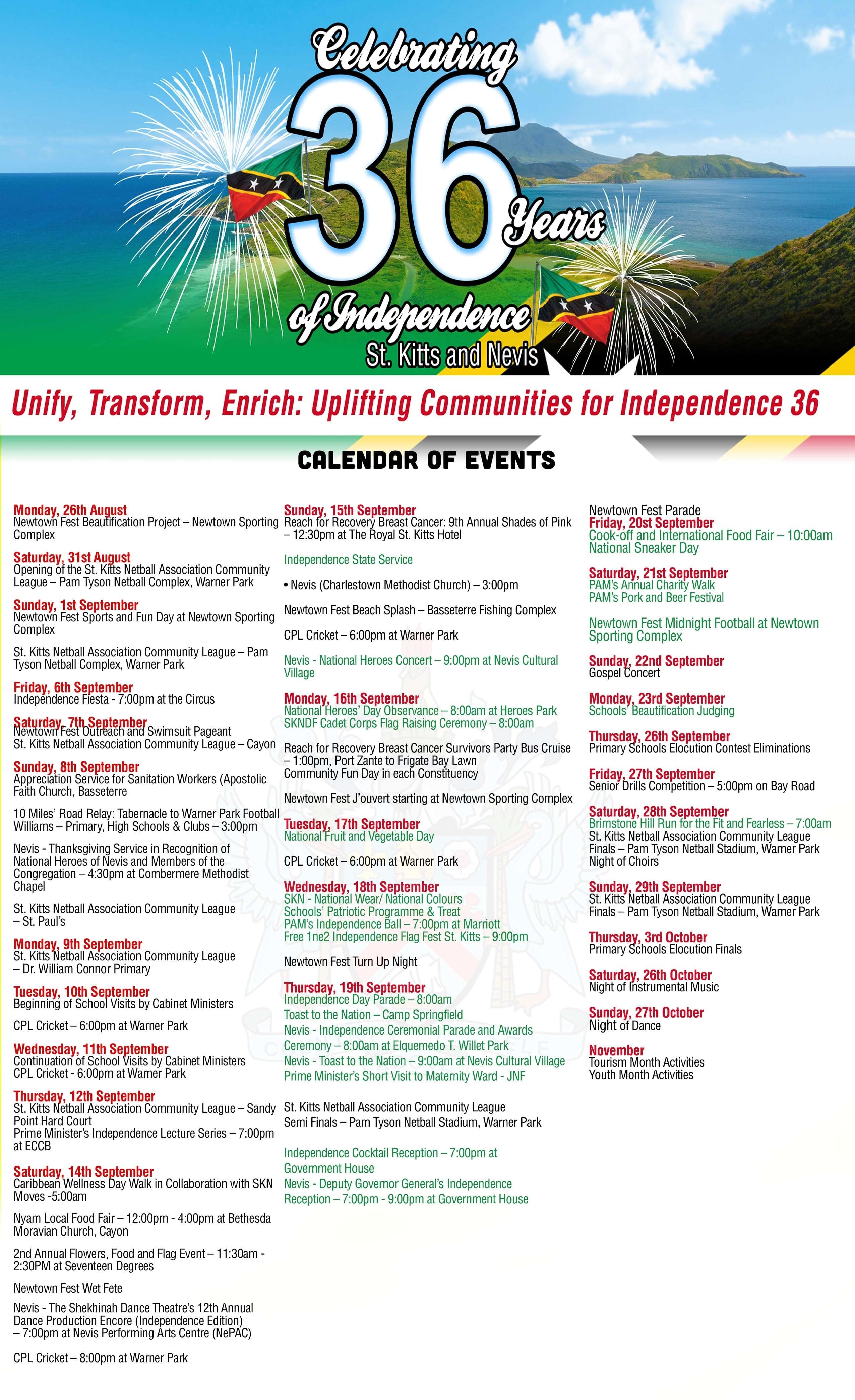 The 36th Anniversary of Independence will be celebrated under the theme: “Unify, Transform, Enrich: Uplifting Communities for Independence 36”

Activities will spread throughout September and run into November, thereby allowing for more participation and greater sensitization of people towards the importance of Independence, patriotism and love of country.