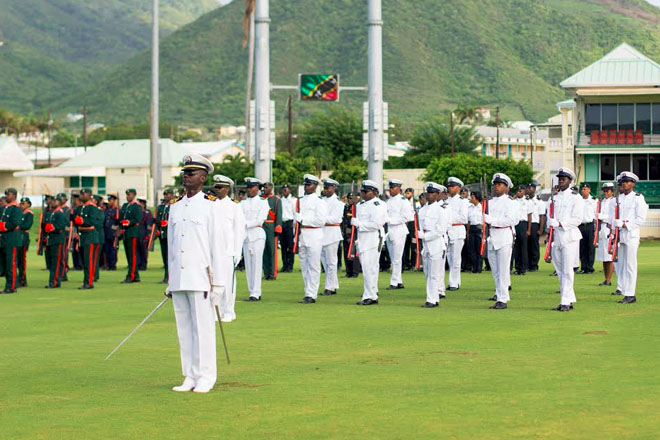 (ZIZ News) — Saturday was Independence Day in St. Kitts and Nevis and an appreciative crowd gathered at the Warner Park Cricket Stadium early in the morning for the Annual Independence Day Parade Ceremony.

St. Kitts and Nevis ushered in its 32nd Independence anniversary with the traditional Independence Day Parade.

The parade was made up of armed units of the St. Kitts and Nevis Defence Force, Coast Guard, Royal St. Christopher and Nevis Police Force and Cadet Corps and was joined by unarmed units from the Girl Guides and Brownies, the Boy’s Brigade and Pathfinders.

Several members of the Cabinet were in attendance including Prime Minister, The Hon. Dr. Timothy Harris who received a thunderous round of applause from the audience.

A number of foreign diplomats also attended the event to share in the celebration including Ambassadors from the Republic of China (Taiwan), the Bolivarian Republic of Venezuela, Cuba and Brazil.