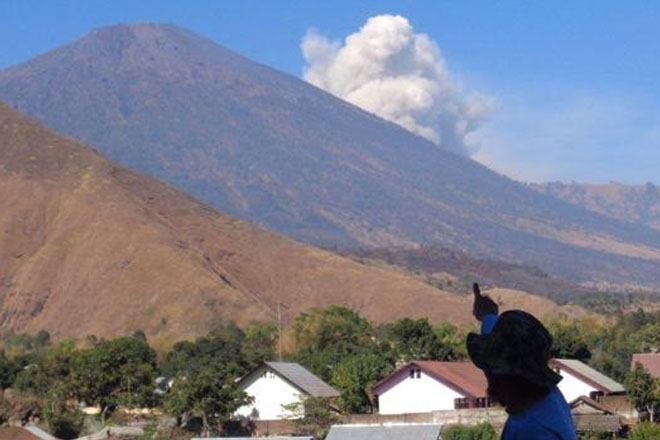 (BBC) Tourists and travellers in Indonesia have been stranded for a third day, as volcanic ash has forced the closure of airports on three islands.

Bali’s Denpasar airport has been shut since Tuesday after Mount Rinjani on Lombok island began erupting.

Two airports on Lombok and Java have also been closed due to the risk posed by the drifting ash plume.

About 700 flights – and the transfer of one of Interpol’s most wanted men – have been affected.

Nearby towns have been blanketed in grey ash, but locals are not in danger, spokesman Sutopo Purwo Nugroho said.

Jetstar said it had cancelled all of its Thursday flights in and out of Denpasar, also known as Ngurah Rai, airport.

“We’ve been advised Denpasar Airport will remain closed until tomorrow as the Mount Rinjani ash cloud continues to make flying conditions around Bali unsafe,” the airline said in a statement.

Virgin Australia and Air Asia have also been forced to ground flights.