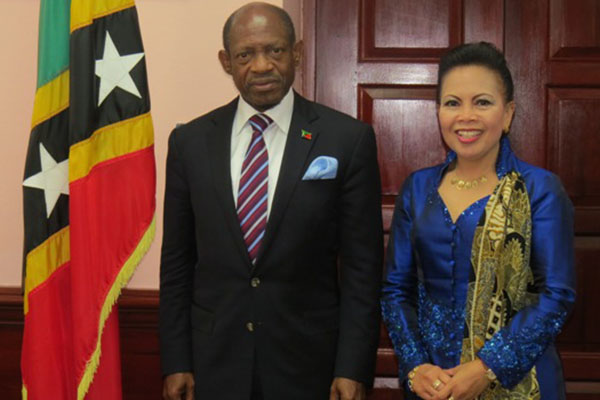 (ZIZ) — The Republic Of Indonesia’s ambassador to the federation of St. Kitts and Nevis, Her Excellency Trie Edi Mulyani, was welcomed to Basseterre by prime minister The Rt. Hon. Dr. Denzil L. Douglas.

Among the local issues were increased bi-lateral relations specifically in the areas training to build capacity in agriculture, provision of tools and transfer of knowledge and skills.

Also discussed were Indonesia’s bids for re-election to the International Telecommunications Union (2014 – 2018) for the Asia Pacific Region and to the Human Rights Council to be held during the 69th session of the United Nations General Assembly in November 2014.