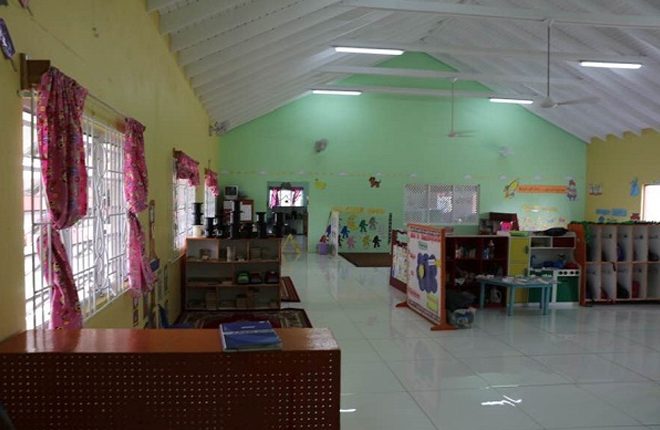 At a ceremony on Thursday engineer at the Public Works Department, Livingston Pemberton told listed the new upgrades including a new roof with raised ceilings; strengthened beams and additional columns; modern kitchen and bathing facilities; air-conditioned dining room; and as a state of the art kitchen.

Minister of Education Hon. Shawn K Richards said much strategic thought had been put into the project. He noted that enhancements were not only structural but also educational in nature.

The minister added that his government and ministry are aware of the needs of the working population who parent these children at the industrial site day care centre and their significant contribution to the federation’s economy.